According to researchers from the Institute of Earth Environment at the Chinese Academy of Sciences, the tower has managed to produce more than 10 million cubic metres (353 million cubic feet) of clean air per day since it was launched a few months ago. In the 10-square-kilometer (3.86-square-mile) observed area of the city, smog ratings have been reduced to moderate levels even on severely polluted days, an improvement over the city’s previous hazardous conditions.

To clean the air, polluted smog is drawn in through a series of greenhouses surrounding the base of the tower and heated by solar energy. This newly hot air then rises up the tower through multiple scrubbing filters before it is released back into the atmosphere. This method allows the air to be cleaned using relatively minimal electric power, which in China is provided mainly by coal-powered plants.

The Xi’an smog tower project was launched in 2015 as a trial version of a much larger system the research team hopes will be implemented in other Chinese cities in the near future. The full-sized tower would measure 500 meters (1,640 feet) tall and 200 meters (656 feet) in diameter, with greenhouses covering nearly 30 square kilometres (11.6 square miles). This system is hoped to be powerful enough to purify the majority of the air within a small city. 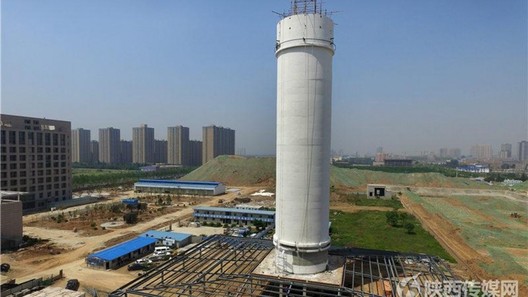