The AIA released the following statement: "The jury felt that there were submissions that appeal to architects and there were those that appeal to the public. The consensus was that the Twenty-five Year Award should appeal to both. Unfortunately, this year the jury did not find a submission that it felt achieved twenty-five years of exceptional aesthetic and cultural relevance while also representing the timelessness and positive impact the profession aspires to achieve."

The American Institute of Architects (AIA) has selected The Grand Louvre - Phase I as the recipient of the 2017 AIA Twenty-five Year Award. Designed by I.M. Pei with his firm Pei Cobb Freed & Partners, the project is notable for its 71-foot-tall glass and stainless steel pyramid, which according to the AIA, "now rivals the Eiffel Tower as one of France 's most recognizable architectural icons." 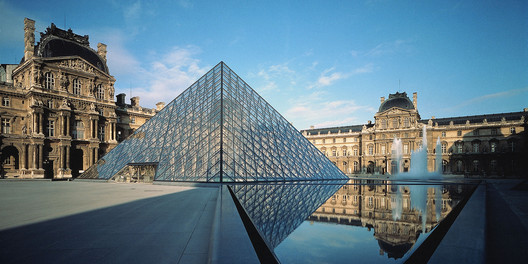