Save
Postmodern Post-Mortem: Why We Need To Stop Using Architecture's Most Misunderstood Word
Share
Or
Copy

We were hoping for it to happen in the early 2000s. We saw it coming with the opening of the exhibition “Postmodernism: Style and Subversion, 1970 – 1990” at the V&A in London in 2011. But now, after recent discussions on the umpteenth supposed “postmodern revival,” it is finally sure: the word “postmodernism” is back and it’s here to stay. But as clear as it is that the word “postmodernism” is once again fashionable, it is not really clear what we mean when using it. Indeed, this word has been used to imply every possible meaning: architects have used it to describe fashionable and “cute” designs, some critics have used it to categorize everything that is colorful, while some theorists have been using it to affirm that, because of this concept, architecture has surrendered to technology or form, becoming nothing more than a caricature of its own presupposed moral values.

Whether we agree with such commentaries or not, there is one thing that we still need to discuss: what does “postmodern” mean? And, even more urgently: what could it mean today? After all, if we have to deal once again with one of the most misinterpreted and contradictory words ever introduced in our field, we should at least discuss what it means, before using it.

Historically speaking, the word “postmodernism” has been used in architecture with a double meaning: as both a simplified notion of postmodernism as a style, or alternatively the idea of the postmodern as an attitude. As a style, postmodernism refers to a series of poetics that emerged from the 60s onward, and then cyclically came back into fashion. Since then, by putting elements of postmodernist style (ironic effects, decorative elements, historical quotations, and symbolic shapes) through a mixing process, many architects fascinated by this word have continued to emphasize postmodernist style’s elements, producing a constant reassembling of shapes, symbols, and forms. Yet, this ironic use of architectural language, focused on the past only as a way of producing new forms, tends to avoid the production of any innovation. It couldn’t be otherwise: by looking at “postmodernism” as an architectural genre, every re-actualization can only be stylistic and, beyond a certain point, fetishist.

The second interpretation of “postmodern” seems much more encouraging in order to understand and theorize what is happening in architectural discourse and, maybe, in order to finally move beyond the word itself. In order to explain this position, allow me to ask one question: since any architecturally strong position is partly born as a critique of the one that precedes, what were postmodern architects criticizing with their work? They were trying to reinvent architecture’s cultural landscape and to develop new techniques in order to overcome late-modernism’s rhetoric and the impasse at which the movement had found itself.

Since postmodernism emerged as a kind of ethos against the cultural stagnations of its time, we might reconsider the term “postmodern” as a form of critical culture rather than a bunch of shapes, symbols, and forms.

From this point of view—and although postmodernism is often spoken of as an epoch or as a style preceded by an ideologically blunt modernism and followed by an ineffable “contemporaneity”—we should envisage the “postmodern” as a general attitude rather than as a determined style or a historical period. In other words, since postmodernism emerged as a kind of ethos against the cultural stagnations of its time, we might reconsider the term “postmodern” as a form of critical culture rather than a bunch of shapes, symbols, and forms. In this sense, the postmodern becomes first of all a way of playing against the rules: a form of avant-garde putting forward the unexpected and the estranged against the dictatorship of the commonplace. In the same way as the Vanna Venturi House destabilized modern architecture’s boring certainties, so did Gehry’s own residence or Koolhaas’ Villa dall’Ava, and so today’s architecture might still do, even against the apparently surprising (but somehow boring) eccentricities of today’s “avant-garde.” Clearly, this is an idea in which “postmodern” has nothing to do with the notion of style. From this point of view, to be postmodern does not mean to be part of a new age, or refer to a particular style; it is the ethos of questioning the unsatisfactory circumstances of today, without refusing either the presence of past or the understanding of today’s new cultural conditions and technologies.

But, if that’s the case, what is the difference between postmodernism and the early 20th-century avant-garde? Very little, even though there are two main differences that are as subtle as they are important.

By refusing the dogma of the “Zeitgeist” (architecture as the expression of the age of something), the postmodern looks for a complexity of thought where multiple times, narratives and forms can all play a role while looking for the new.

First, this kind postmodern does not ground itself on the ideology of “timeliness.” By refusing the dogma of the “Zeitgeist” (architecture as the expression of the age of something), the postmodern looks for a complexity of thought where multiple times, narratives and forms can all play a role while looking for the new. Secondly, this interpretation avoids the formulation of a theoretical system where new formal operations and stylistic elements are put forward in order to define a style and an overall ideal based on methodological prescriptions. In other words, if the theorists of postmodernism and the early 2000s revivalists have (more or less consciously) attempted to construct a stylistic unity based on canonical elements, with the result of removing almost all room for critical experimentation, a new sense of the postmodern has to rise up to combat the “common sense” notions, including postmodernism itself. To be postmodern must be ultimately intended as a way of creating new content while avoiding cultural clichés: it is a form of counter-culture meticulously involved in critically engaging our own mainstream cultures. In other words, we have to consider the idea of a “postmodernist” style as a mistake, in the same way as the concept of “Modernism” (capital M) was: as ways of silencing the experimental ethos of architecture. To be postmodern, today, must be something necessarily different from the stylish and banal idea of “postmodernism.” To be postmodern might mean to be directly involved in the constant destabilization and critique of ourselves while looking for alternative and new ways to deal with the complexity of our culture and our environment.

Even though some might think that what has been written here until now is just “playing with words,” there are many examples of this new sort of avant-garde attempting to rethink architecture, in the work of many young architects who are attempting to acknowledge the heterogeneity and plurality of our culture. They are, in fact, architects and designers who, by avoiding categorizing preconceptions, are focusing on specific topics, themes, and content, by looking at our future without forgetting our past and while being solidly grounded in our time.

This ensemble of experiences seems to be highlighting a new path for the definition a different notion of “postmodern” that might finally be of interest today. It would be a way of playing with language, values, and concepts, refusing to seek a consensus on common taste which can lead to nostalgia. It could encompass revivals as well as easy-minded futurisms, opting instead to deal with specific disciplinary, cultural and political issues.

Still, in order for this concept to work, the idea of the postmodern has to get rid of its silent name: “postmodernism” has become an empty word and we need to trash it. Ultimately, to be either modern or postmodern is like having an orgasm: the more you wonder and worry about it, the less likely you are to achieve it.

Giacomo Pala is an independent architect and proud academic at present based in Innsbruck, Austria. His interests lie in the area of theory and composition. At the moment he is working on a research on Giovanni Battista Piranesi and the notion of time, parachronism and Ernst Bloch’s notion of “multiverse” in architecture. Pala has taken part in different research programs at the Architecture department of Genoa’s University and, in the last years, has published papers and participated in international conferences. Since 2013 he has been a member of Burrasca: an independent cultural association for which he has co-edited some issues of the homonym magazine.

Postmodern Revivalism Doesn't Exist; Now Is Not the Time to Be Criticizing It

This essay by the academic and writer Martin Lampprecht responds directly to an opinion piece penned by Sean Griffiths, a former partner of FAT, entitled "now is not the time to be indulging in postmodern revivalism." 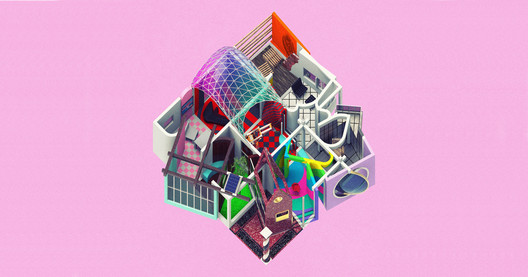