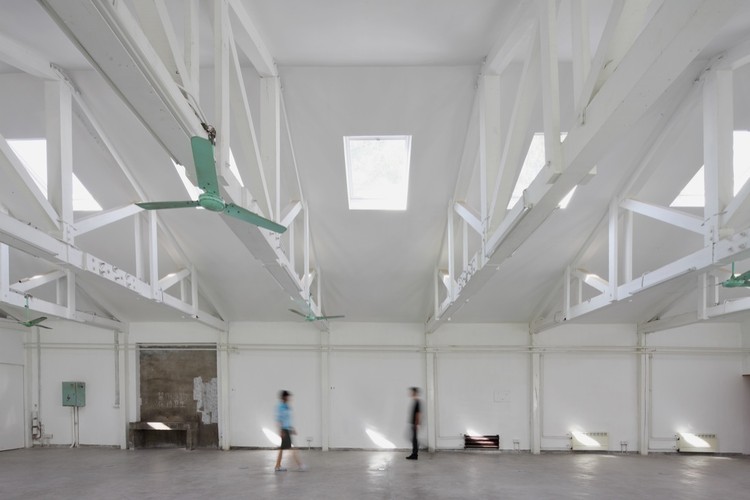 Text description provided by the architects. This project is an experiment in achieving maximum space and flexibility with minimal resources. An abandoned warehouse has been transformed into a low cost, low maintenance, but highly efficient and adaptive space which multi tasks as educational, conference and exhibition facilities as well as an event venue. This project is a unique case in which the architect, the client and the user are the same one. The outcome speaks of freedom and possibilities on a whole new level. As small as it is, the preservation and construction are reflections of the architects’ experience on space, detail, energy and material accumulated over years. Planned and organized by the architect, the events and stories happening in the space are trying to advance urban research and architectural discourse on a daily basis.

Located in a peaceful hutong south of Guo Zijian in the old town of Beijing, Columbia University GSAPP’s Studio-X Beijing is part of a complex that has gone through the vicissitudes of life. Once an arsenal factory during the Sino-Japan war, then a machinery factory after the founding of the People’s Republic of China, followed by abandonment until two years ago, the compound has now been completely transformed into a compound for creative industries.

Studio X occupies a single level factory warehouse with pitched-roof adjacent to the hutong and near the entry to the compound. The old structure was made up of 10-bay timber frame and it shares a common wall with the building to the north. As a result, only south and east facades have windows. In the summer time when lush ivy covered up most of the south wall and windows, the building looked very “green” from outside, yet it severely lacked natural light on the inside. The western end of the factory was a narrow addition with flat roof, and most of this space was taken up by a 7-meter deep pit. Originally the pit was the ventilation shaft for the bomb shelter underground tunnel system. Gigantic cast iron hooks were fixed on the beams underneath the flat roof, as remains of some kind of upholstery mechanism during factory operation.

After reconstruction, some traces from the industrial age in the warehouse were selectively preserved, including the concrete wash tub, electrical ceiling fans, wooden door and a number of power outlet boxes. As interesting contrasts to the rawness of the large open space, some intricate new details were added deliberately, such as foldable western entry door(s), expanded south door inspired by structure of airplane wings; X shaped door handle that interlocks with the carved-out text on the standing steel plate, and so on.

Studio X contains a foyer, book shop, exhibition gallery, kitchen, coffee bar, office, bathroom and open work space. The west end two bays of timber frame were made into a gallery, and is separated from the large main area by a partition wall. The last bay at east end has been reorganized into two levels, containing office and supporting service facilities such as kitchen and bathrooms. The middle section is a completely open multi-functional space that can be arranged into different layouts using mobile partitions and movable furniture, and is able to accommodate a variety of functions such as lecture, studio, exhibition, parties and so on, matching the multi-faceted character of Studio X itself.

The foyer is situated under the flat roof portion. In order to keep the ventilation function for underground tunnels, a space liner made of patterned steel plates were inserted into the foyer. This inner layer covers up the deep pit thus becomes the new ground surface, and continues to rise up in an undulating manner to form a new vertical surface. The gap between steel plates and the original wall allow air from basement to vent out. The undulating steel plate surface serves as exhibition area for special collections of the bookstore. An LED screen embedded in the steel plate is a multi-media exhibition interface, connecting to other Studio Xs located worldwide.

Six 3m X 3m partitions each on 3 wheels can divide the multi-functional space into different spatial layouts, accommodating different number of users and activity requirements. Six movable furniture 2.4m in width and 1.8m in height can provide storage for 150 chairs as well as book shelves and locker for students and researchers. They can also act as secondary space dividers. The back of these movable furniture has cork surface for presentation pin-ups.

In order to remedy the lack of sunlight, nine new skylights were added to the sloped roof facing north. Diffused north light gently lit up the gallery space and large open area. The operable skylights let hot air out in summers, together with the ceiling fans, they greatly reduce the dependence on air conditioning. 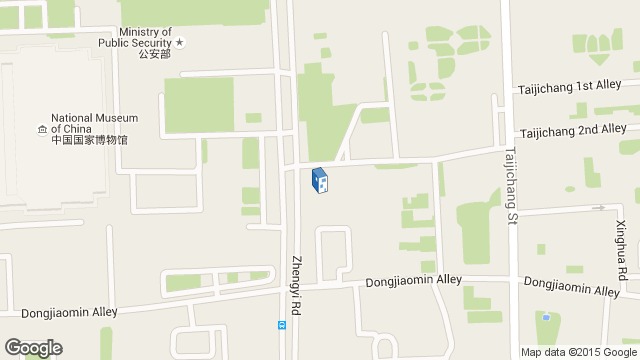 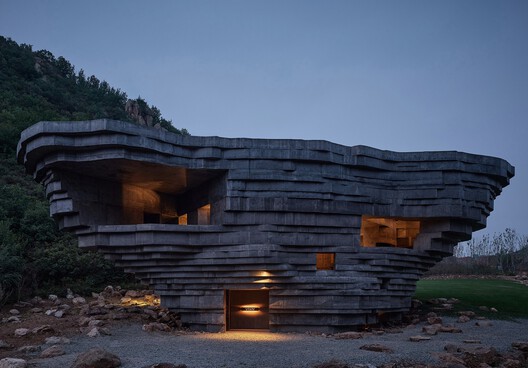 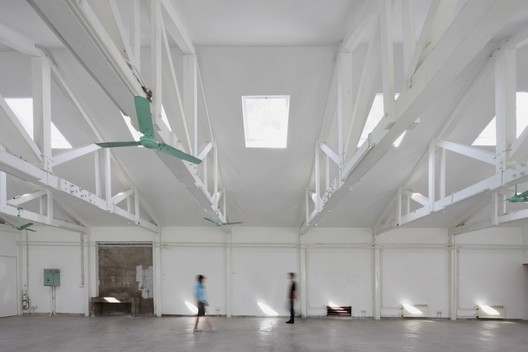