New renderings have revealed of Adjaye Associate’s first New York City residential tower, 130 William, as foundational work on the project is underway. Located in the Financial District not far from the World Trade Center complex, 130 William will rise 66 stories to contain 244 luxury condominiums. 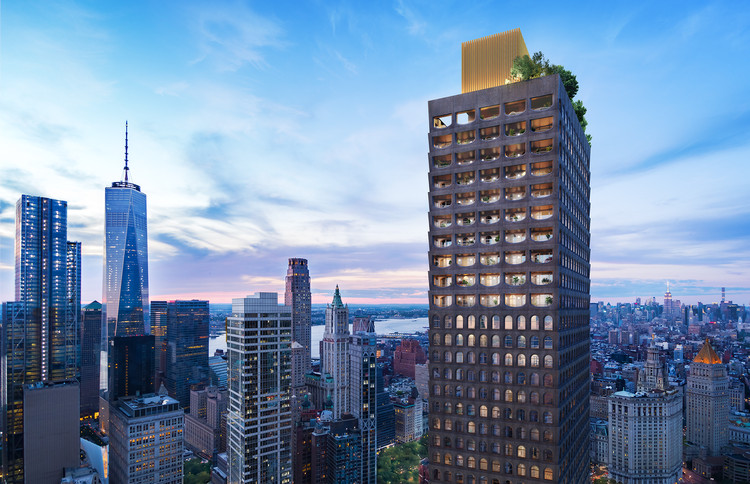 While early conceptual renderings for the project showed a gleaming golden facade, the updated visualizations show a system of dark concrete arches inspired by the lofts that once populated the neighborhood. As the building reaches its uppermost levels, the arches flip to create a series of wraparound outdoor loggias. Bronze detailing will feature on the ground floor and in the window casing and mullions.

“The design for 130 William acknowledges the tower’s location on one of the city’s earliest streets,” explains David Adjaye. “Understanding that rich history, I was inspired to craft a building that turns away from the commercial feel of glass and that instead celebrates New York’s heritage of masonry architecture with a distinctive presence in Manhattan’s skyline.”

Being developed by the Lightstone Group, the building will offer unit types ranging from studios to five-bedroom penthouses, along with an abundance of shared amenities including a health club and spa, a swimming pool, hot and cold plunge pools, a sauna, massage rooms, and a fitness center containing a yoga studio and basketball court. Other features including a private IMAX theater, a golf simulator, a lounge, a club and game room, a chef’s catering kitchen with a private dining area, children’s play rooms, a pet spa and outdoor terraces. A private observatory deck will cap the building at nearly 800 feet in the air.

At the base of the tower, a new public plaza park will create a buffer between the busy urban district and the residences, as well as create a zone for relaxing and gathering.

“Sir David Adjaye is one of today’s most preeminent architects and we are thrilled to be collaborating with him to bring an iconic building to downtown Manhattan,” said Lightstone President Mitchell Hochberg. “The design for 130 William simultaneously embraces the architectural legacy of Manhattan’s downtown neighborhood, while offering luxury condominium residences that discerning buyers will find is unlike anything on the market.”

Sales on the building are expected to begin in Spring 2018, with construction slated for completion by Spring 2020. 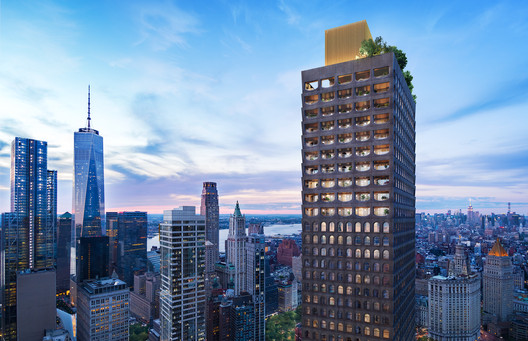