Uncovered by CityRealty, these initial visualizations show a gold-detailed structure featuring arched windows that expand as the building rises, and an abundance of luxury amenities including sports facilities, a swimming pool, a movie theater, lounge areas and rooftop observatory. 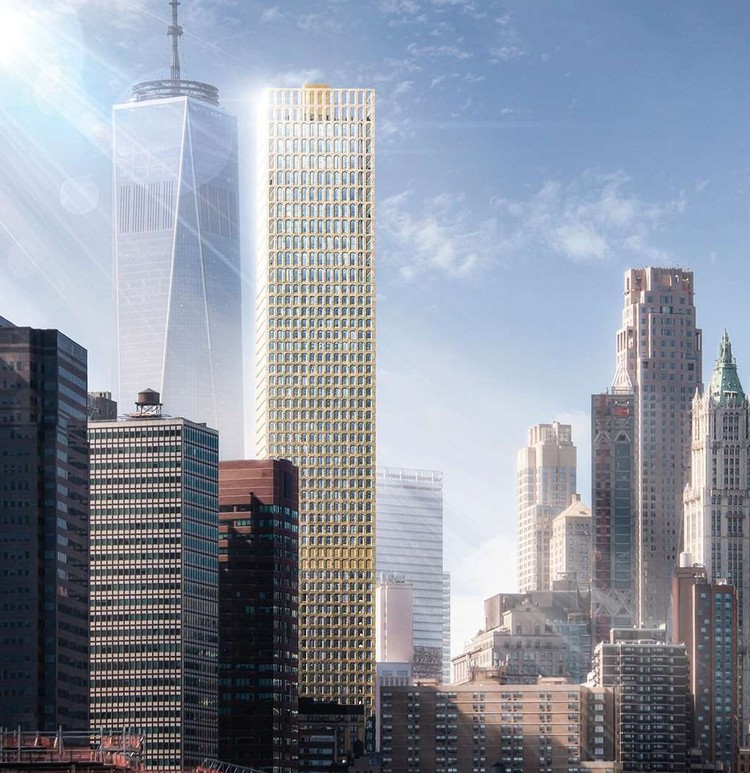 Lightstone purchased the site in 2014 for $60 million spent an additional $15 million the following year to acquire the necessary air rights. The building’s 244 condos are expected to range in cost from $630,000 studios to $4.7 million four-bedroom units.

Adjaye Associates completed their first NYC project, the Sugar Hill Development, in 2014, and are currently working on a new building for the Studio Museum in Harlem. A spokesperson for the firm said "These images only reflect early conceptual studies of the building. We remain in the process of refining and evolving the design, with imagery adjusting accordingly. We look forward to sharing final renderings in the coming months."

Update: Since it was first published this article has been amended, and a quote from an Adjaye Associates spokesperson added, to emphasize that the design is still in its early conceptual stages and thus may be subject to significant changes. 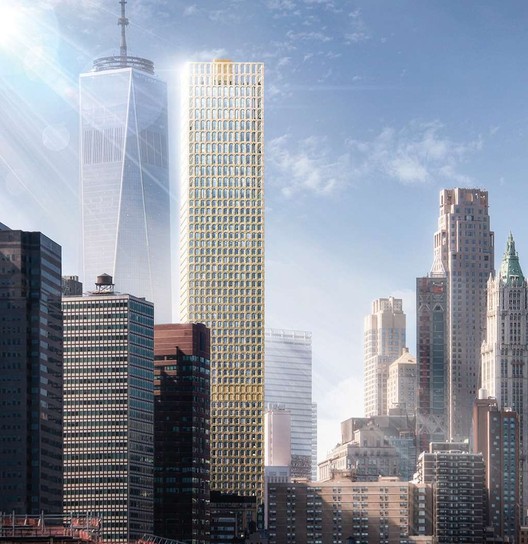