The creative mediators of Manifesta 12 have revealed the concept for next year’s Manifesta 12 biennial in Palermo.

Entitled The Planetary Garden. Cultivating Coexistence, the concept will explore “coexistence in a world moved by invisible networks, transnational private interests, algorithmic intelligence and ever-increasing inequalities through the unique lens of Palermo – a crossroads of three continents in the heart of the Mediterranean.”

The concept was derived from an earlier analysis conducted by OMA named the Palermo Atlas, which investigated the “social, cultural and geographical textures of the city.” The event will allow visitors to visualize contemporary global transformations through the lens of Palermo.

The Planetary Garden. Cultivating Coexistence will consist of four main sections arranged as a “laboratory to investiage the challenges of our time and look for traces of possible futures.” Each area will be dedicated to a key topic of the concept: Garden of Flows; Out of Control Room; City on Stage; and Teatro Garibaldi, which will be the main center of Manifesta 12.

“Palermo Atlas is a study of the past and present city, a collection of patterns, perceptions, stories and testimonies gathered on the ground and supported by data,” said Pestellini Laparelli. “On the one hand, the Atlas uses the city of Palermo as a point of departure to tell the story of the Mediterranean and Europe at large; on the other it is a reflection on characteristics that are specific to Palermo.”

Correction: An earlier version of this article indicated OMA was responsible for the concept reveal; this was in fact done solely by the team of four creative mediators.

Manifesta 12 creative mediator OMA has revealed the Palermo Atlas, an interdisciplinary urban study of Palermo that will inform the organization of 12th edition of Manifesta, the European Biennial of Contemporary Art, that will be held next year in the Italian city. 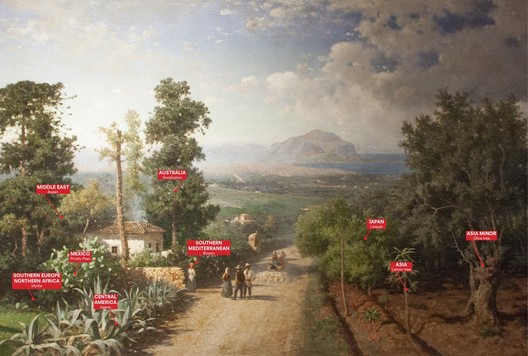