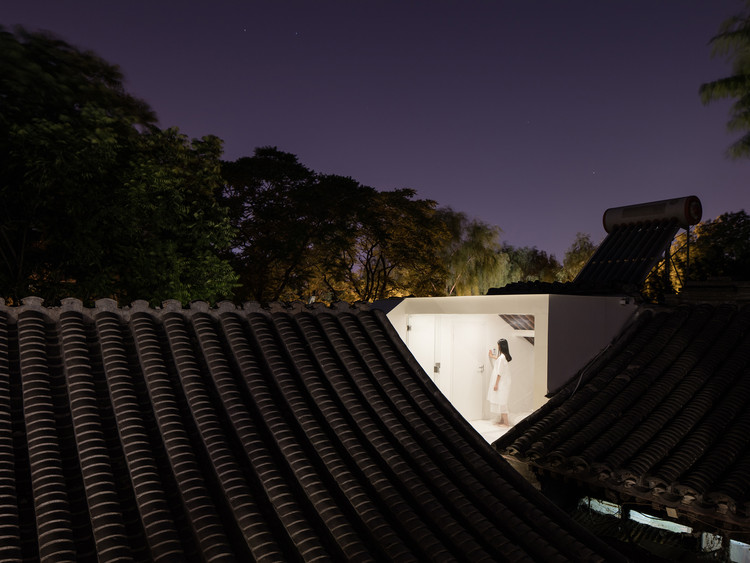 Text description provided by the architects. What Tsuo is presented, is a wonderland fabricated by architects. In reality, we are far yet to break away from this crowded city, not even transcend spacial boundary of the villa. Nevertheless, like all our ancestors did, we are seeking to explore a new means of explana-tion in this confined space.
——Wonder Architects

The spatial tricks that Beijingers play with
Beijing is a city that lacks architectural variety. From modern apartment buildings to traditional villas, architects decorate this huge void city with limited building types. As a result, People living in Beijing developed numerous methods to expand their spatial experience by constructing gardens in their courtyards, building forts at vacant spaces, and also using wood panels to separate spaces. To the least, people hang drawings of natural sceneries on their walls to create complexity to their living environment.

Creating an unconventional layout in an ordinary building becomes a prevailing trick among Beijingners. The site of the project is in the west suite of a traditional villa, while there are thousands of those in Beijing! The suite is surrounded by walls, making it a garden within gardens.

We redesigned the spatial layout of the suite into different units. For every unit, each inte-rior and exterior space is reconstructed. For example, filling courtyard with buildings or en-larging garden by giving it more interior space. By dividing one vertical space into multiples or twisting the counterpoint relationship between space and landscape, we are trying to ex-plore the boundary possibility with space variation.

After the reconstruction of each space, we recombined them to form a new set of spatial narrative experiences. The new construction creates such extreme contrast to the original one that leads the visitors into a spatial adventure, forgetting they are situated in the dim west suite.

Under limited dimensions, we wanted to demonstrate the tendency of using functional space to ‘collect’ views and deliberately creating unconventional views of Beijing in our daily scenes. It is considered that the views and spaces are correspondent in this build-ing and it is inevitable to savor the views.

During the process of renovation, we tried to keep the layers of progression within the building. From the rough reconstruction done in the early periods, to the random fix-tures that took place later, all the reversions were kept, leaving the trace of the time del-icately captured in this building. By using white dry walls and white reconstructions, we marked our influences to this building and we are ready for someone else to do the same all over again.

It is intentional to blur the line between the interior and the exterior. For example, we placed groups of rocks all over the courtyard, creating coincidental collisions between architecture and nature. The rocks resembled mountains and canyons, like the building was built at the bottom of a quiet, peaceful valley.

Even with the help of modern day technology, it was not much easier for us to transport a piece of rock that weighted three tons than in 18th century. 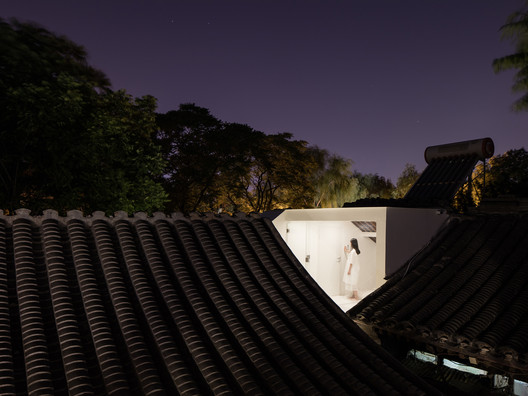