You may not have guessed that the dystopian state of Los Angeles filmed in Blade Runner 2049 is a real place, just smaller. The scenes, from Los Angeles to the Trash Mesa and Wallace Tower were built to scale in Wellington, New Zealand by Weta Workshop, the massive ‘miniature’ sets were then filmed by cinematographer Alex Funke.

Alex Funke states that working in a scaled set of miniatures has all of the inherent flaws of filming anything; real surfaces, illuminated with real light, with all the issues of tiny specular reflections. He goes on to explain how each scene can be shot in layers to have hyper-control of ambient and artificial light, to be adjusted independently to create the perfect effect.

Towering over tiny Los Angeles is the LAPD building surrounded by a context consisting of 37 buildings built at 48th scale in mega-high detail. Each building can take the model makers as long as a week to construct, paint, distress, dirty, and graffiti. Steven Saunders, Art Director and Lead Standby - Miniatures Unit states, “I always think of a miniature as a giant composition of tiny little vignettes, tiny little stories, tiny little places that all need to work together to make the whole miniature work.” 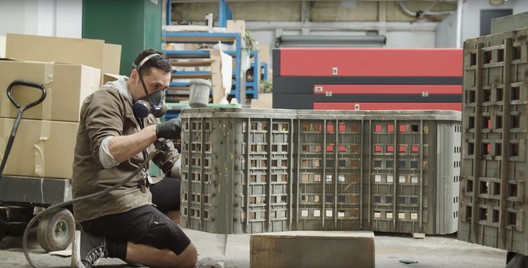