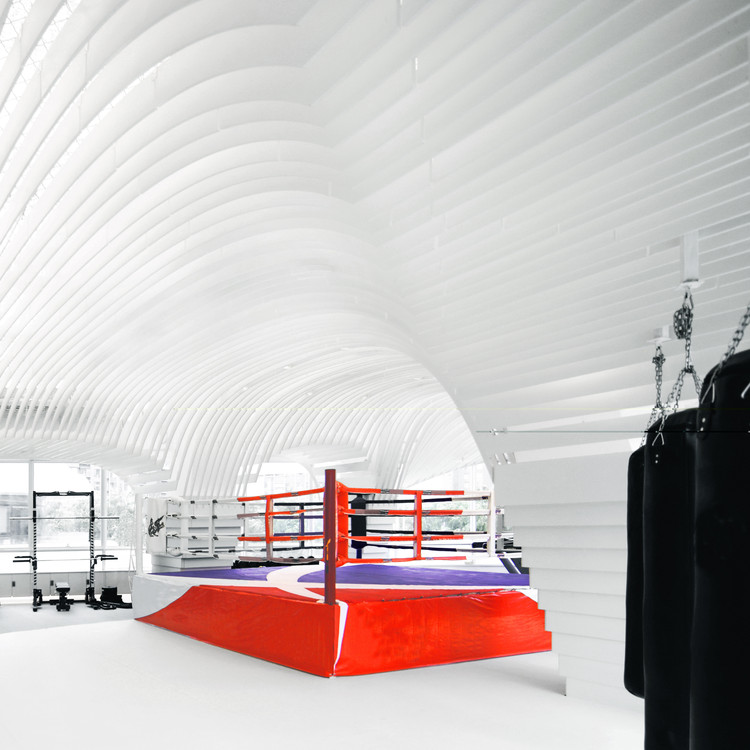 Text description provided by the architects. Wangjing SOHO serves as the landmark of Wangjing urban space with its predominant architectural presence. The site presented itself as a challenge as how to respond to the city with its three open edges.

As an anchoring tenant, its three sides are a continuous curve, with only one straight edge. There are seven columns that lean into the space with various degrees.

The space will be used as a Muay Thai place. The fighting ring is the central program. The ring is 5m in square, with a height of 800mm, or even 2m if counting the railings. It's highly visible with its elevated massing in the open space. On the other hand, programs such as shower and changing happen in an enclosed space.

A linear volume is applied to the west edge. It condenses foyer, bar, and shower and changing area into one space and leaves the rest to the open area, maximizing the spatial potential. The ring is placed within the space that is surrounded by the four slanted columns, forming the visual focus of the entire space. This is consistent with the plan of a theater: the shrinking end of a fanning plan is used for the stage while the open area is for the audience. The ring becomes the stage.

How to resolve all the issues mentioned about within a structural synthesis is in the final analysis. An arch system is applied to all the bays between the columns on the south, north and east sides. Along the east-west axis, a series of arches are also created between the columns. These nine arch controlling lines form the very basis of structural genesis.

To loft between the pairs of arches, a series of surfaces are produced. All these surfaces are joined into one continuous canopy after trimming. The arch shapes are controlled by adjustable conic curves, achieving spatial efficiency while remaining its continuity.

The continuous canopy is split at the height of 2m. The upper part is partitioned along the east-west axis, forming the ceiling components. The lower parts are contoured vertically, forming the pillars that support the ceiling. This not only differentiate the two conceptually, but also functionally: the pillars need to be solid as to interact with people directly, while the ceiling needs to be open as to accommodate all service conduits. All these components are digitally cut by with 18mm thick density boards. The seams of these component panels are arranged in a fashion that achieves both spatial effect and material efficiency. The lighting above the ceiling are arrayed and lit upward so that the diffuse light from the ceiling can penetrate the panels, creating a soft ambient light environment that one can totally immerse within.

The four pillars within the open space concentrate on plan, the arches contract in section, and the ring is staged on a platform. All these add to the effect of total enclosure for anyone on the ring. The program areas on the open plan are defined by varying ceiling heights: high at the apex of the arch in the center for training area, and low at the edges for miscellaneous training areas.

The arches also respond to the unban challenge set above: bringing Muay Thai, a highly competitive sport back to the colosseum symbolically. 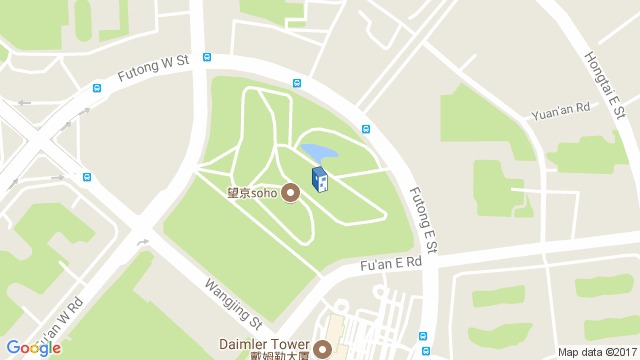 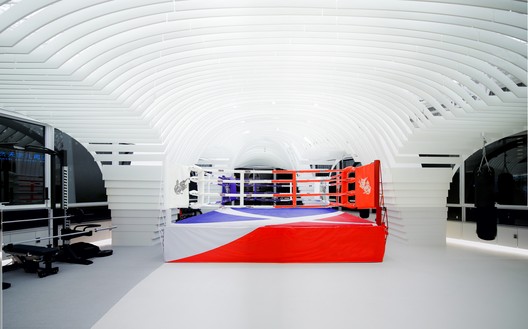 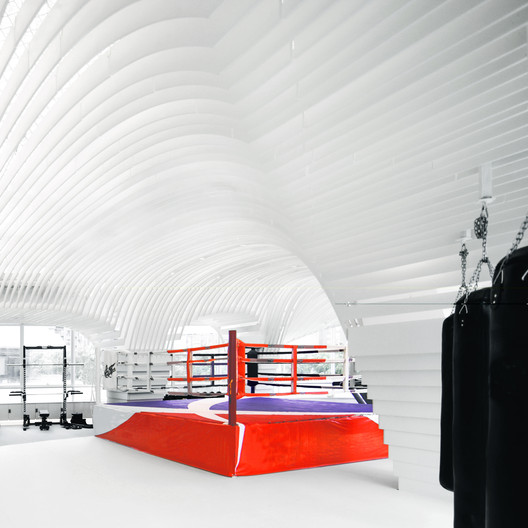