Save
Arata Isozaki on "Ma," the Japanese Concept of In-Between Space
Presented by:

With their short films, PLANE—SITE seeks to celebrate the GAA Foundation’s Time-Space-Existence exhibition, which will bring together over 100 architects from all over the globe in an exhibition timed to coincide with the Venice Architecture Biennial in May 2018. Each film in the series will highlight the exhibition’s themes through an interview with a person central to global architecture. The protagonists will reflect on their architectural values as well as poetic and personal meditations.

The remaining Time-Space-Existence videos will feature prominent architects, with planned releases including Tatiana Bilbao, Kengo Kuma, Fumihiko Maki and more, with one video to be released each month leading up to the exhibit's opening. These videos will join last year's Time-Space-Existence series, which included interviews with, among others, Peter Eisenman, Meinhard von Gerkan, WOHA Architects, Curtis Fentress, Denise Scott Brown, and Dirk Hebel. 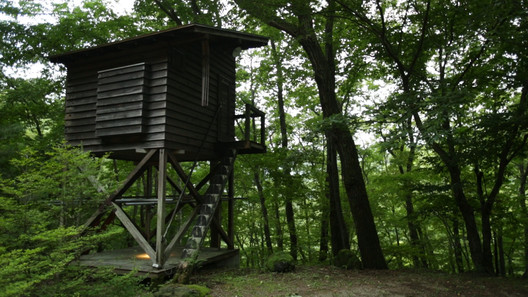