London's Architectural Association (AA) have announced that they are seeking a new Director, to be appointed by March 2018. The call comes following the departure of former Director Brett Steele, who has since taken up the Deanship of UCLA.

Candidates will be able to demonstrate the ability to foster creativity and innovation and to think beyond the conventional means of education.

The AA School is led by the AA Director, who is elected by the School Community and formally appointed by the AA Council, which bears the overall responsibility for the Architectural Association Inc.

The new Director must "provide intellectual, strategic and operational leadership as the AA charts its way through what will be an exciting yet challenging period in its history." According to the school, the ideal candidate will be "a respected figure" in the field of architectural education or practice with "the leadership skills and abilities to navigate organisational complexities and be a compelling communicator." In addition, "they will have a commitment to transparency and to maintaining and developing the AA’s distinctive model of participatory democracy."

The first stage of the application process is fully confidential and includes candidates applying for the position, exploring the role with our search consultants, longlisting by the Search Committee, and the conducting of interviews. The second stage is short-listing, which is publicly announced. A unique aspect of the AA School and its search for a new Director is that all short-listed candidates will be required to present their vision to the AA School Community. If short-listed, each candidate will be asked to spend a day at the AA School meeting with students and staff during a series of discussions and events. The third and final stage is a vote. The AA School Community, which consists of current students, academic and administrative staff and all Council Members will take part in voting for the new Director.

For full information, including how to apply, the school asks interested candidates to refer to Saxton Bampfylde citing job reference "EAVDA". Applications should arrive not later than noon on November 20, 2017.

Brett Steele, Director of London's Architectural Association (AA) since 2005, has announced that he will become Dean of UCLA School of the Arts and Architecture in August 2017. Although American-born, Steele has since become a naturalized British citizen. 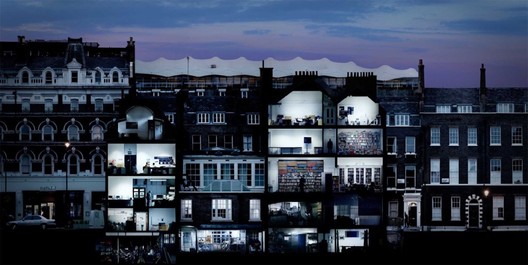