Save
Latvian Pavilion at the 2018 Venice Biennale to Highlight Turning Points in 20th Century Apartment Block Design
Presented by:

The Latvian Ministry of Culture have announced Together and Apart: 100 Years of Living as the theme of the Latvian Pavilion at the 2018 Venice Architecture Biennale. Urbanist Evelīna Ozola, architect Matīss Groskaufmanis, scenographer Anda Skrējānem, and Director of the New Theatre Institute of Latvia Gundega Laiviņa will highlight "ideological turning points from the last one hundred years," presenting ways in which "architectural projects and processes of apartment blocks have embodied different ideas about living together and building a nation."

According to the curators, the pavilion will "focus on apartment buildings as an architectural category that simultaneously offers life together and apart. [...] Even though the apartment makes it possible to separate from the outside world, it is always part of a common structure." Almost two thirds of Latvian residents live in apartment buildings, the second highest ratio in Europe.

Our intention is to raise the issue of how to live together in today’s increasingly complex society and how the architecture of apartment buildings can provide it. In the exhibition, we want to highlight the parts of the apartment building that cannot be reduced to a private sphere and an individual apartment – staircases, balconies, courtyards, partition walls and other fragments, which in the architectural theory and contemporary periodicals most often remain in the second plan of analysis, but clearly demonstrate the current ideals of the society and influence the forming of common values. 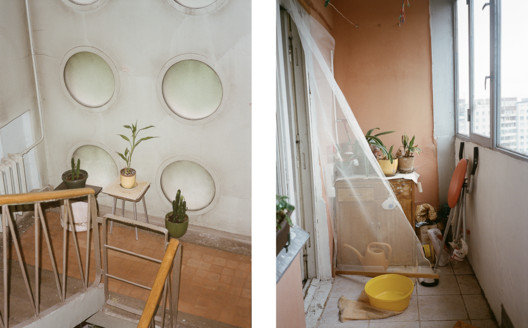