Frank Lloyd Wright is the household name of architects in the United States, with stories of his ego as widespread as his prolific work. Watching Frank Lloyd Wright at 83 years old is not your typical history lesson. The interview aired on NBC Chicago in 1958 and captures Frank Lloyd Wright telling stories to Hugh Downs about his education, early career with Louis Sullivan, an inspiration for Taliesin and Taliesin West and his own innovations in architecture (let's just say this question didn't get a humble response).

Hugh Downs starts off “A Conversation with Frank Lloyd Wright” by stating, “What we would like to do Mr. Wright, is get a clear a picture if possible of the essence of your thinking about American architecture and American life." The dialogue that follows in the video covers a huge range of Wright’s portfolio and philosophy. 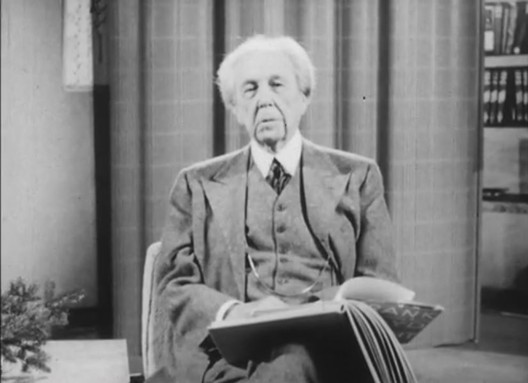