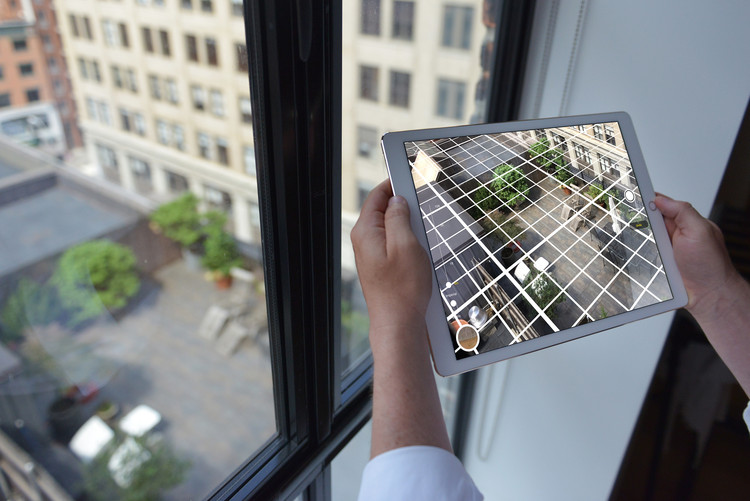 Perspective Finder works automatically when launching the iPad's camera in Trace. Once it detects a surface, it automatically presents a grid which the user is able to rotate to their liking. They can also select the size of the grid, with each square indicating a real-world distance in the photograph. Users can then move around the space to capture the perfect view, with the grid fixed in place.

After an image has been captured, the photograph can then be used as a background for your drawing, with a perspective grid to serve as a guide that can be toggled on or off at will.

"Our app puts scale drawing at the center of the experience, letting designers work intuitively with an iPad Pro and their hands while not losing any accuracy in the process," said one of Morpholio's co-founders, Anna Kenoff. "The uses for Perspective Finder are as endless as the opportunities that AR has opened up. Stand in your kitchen to sketch a renovation, or in an open floor plan to layout a new office space. Look down over a plaza, garden, or streetscape to cast a grid and create a new landscape or planting plan."

"Trace's Perspective Finder uses ARKit to construct true vanishing points, horizon lines, and scale-accurate grids for you, meaning ANYONE can draw with the beauty and accuracy of a pro," added Toru Hasegawa, another Morpholio Co-Founder.

Color Capture for Morpholio Board

In addition to their Perspective Finder update to Trace, Morpholio has also released an AR update to Board, their interior design app. Color Capture allows designers to sample colors from the world around them using their iPad camera and import these colors into their mood boards. You can see video and images of Color Capture in action above, and download Board here. 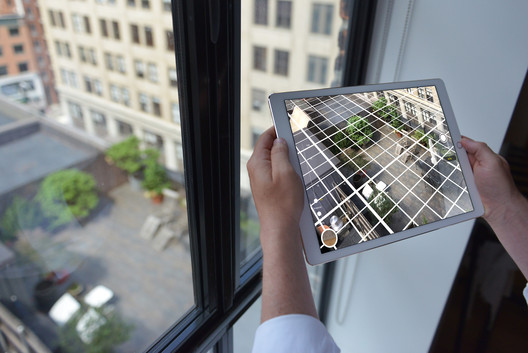