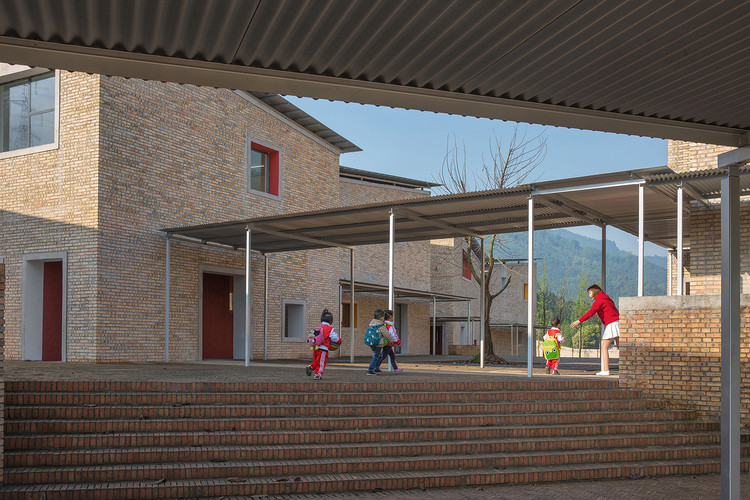 Text description provided by the architects. Xinchang village’s kindergarten is one of more than ten kindergartens that Open Foundation has donated to the disaster area of 2013 Lushan earthquake. Surrounded by mountains, the site is a relatively small platform in the northwest of the village. It faces a mountain gap to the west, so that people can still sense the faraway from here. The surrounding settlements, while providing shelters to the inhabitants, confronts subtly the nature that dominates.

The entire kindergarten is conceived as a “village”. The total volume of one thousand five hundred square meters is decomposed into nine isolated “cottages” according to the programs. They are placed on the north, south and east sides of the site to enclose a U-shape courtyard facing west. The courtyard pavings and the building facades adopt locally-produced shale sintering bricks, endowing the place with a strong sense of artificiality. Hence, on the one hand, the design stands apart from the nature; on the other hand, it forms an inseparable ensemble with the sky, the platform, the nearby villages and the further mountain gap.

The sense of dimensions is specific there spatially and temporally. The manifestation of nature is controlled to be deeply related to the development and transformations of the site. The inner courtyard is the centre of the kindergarten, and also the kernel of the sense of directions and identities. The design also took serious considerations of children’s mental and physical characteristics, making efforts to realize the diversity and capability of playfulness in the spatial typologies. Because Ya’an area rains a lot, the unit buildings of the kindergarten and the main entrance are connected by a circuitous veranda. This veranda adapts the level difference of the site. Cooperating with the ramp and stairs, it creates an intimate layer between the courtyard and the architecture and provides more possibilities for the children’s daily activities.

Xinchang village’s kindergarten is neither a design to explore the rustic originality in western Sichuan, nor an attempt for countryside utopia. Out of respect to investment constraints and conformation to local construction procedures and capabilities, the architects tried hard not only to meet the programmatic requirements but also incorporate self-adaptation into the new architecture, in order to fit in the homy atmosphere in western Sichuan’s villages, as well as some sort of autonomy. 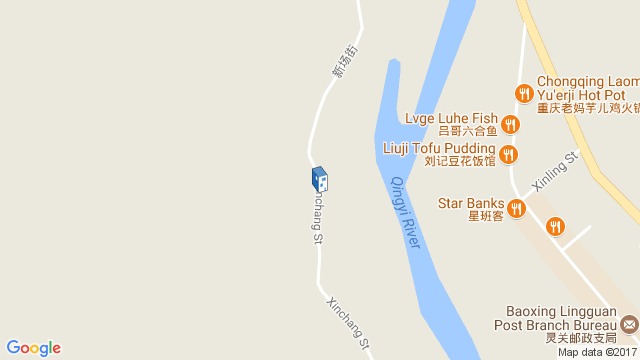 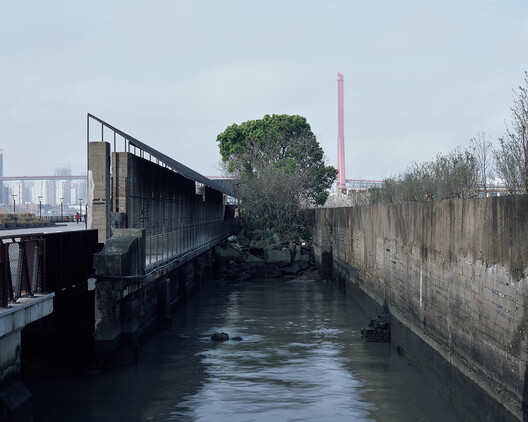 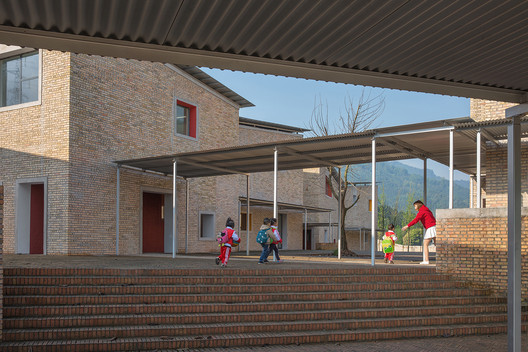