Save
Half House / Atelier Lai 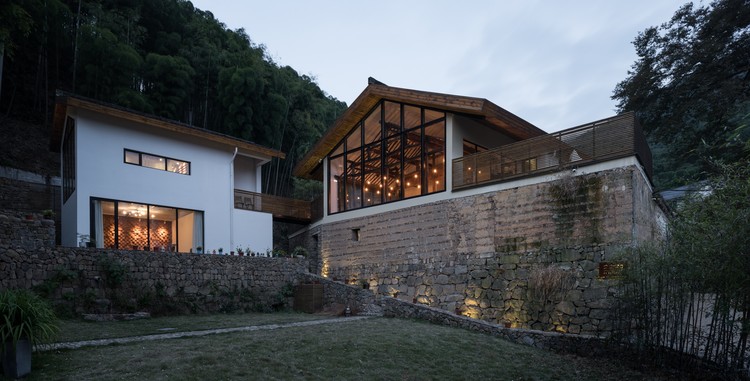 Text description provided by the architects. The site is located in Moganshan, a beautiful mountain with the well-keeping natural ecology, in Zhejiang Province. Originally, the existing building construction in the site is a hundred years old house, the main structure is the rammed earth wall with column-and-tie wooden structure. The design strategy intends to furthest retain the original rammed earth walls and wooden structure, and companied with the new construction of the brick-concrete structure. Finally the new part and the preserved part became a formation of a mutual entanglement, a relationship of be within each other. The architecture itself is no longer just a country house, but altered into a local museum, a time shuttle. The walls are no longer encirclement, the wood is no longer the structure, but the storyteller under the spotlight. All these formations would lead the experimenter to get a dramatic sense of ritual in these daily small-scale spaces.

Objects: the transformation of architecture itself

Since the site is located in the mountain area of Zhejiang, and the existing building construction on site is a century-old two-story country house, with the rammed earth wall with column-and-tie wooden structure, which was the traditional typical residential building system in local western area of Zhejiang. As a result of years of disrepair, the internal wooden structure had local collapsed, the external rammed earth wall had stripped into its real color from the original white lime paint, two-storied rammed earth wall tilted seriously, with a danger risk of total collapse.

Originally, the client wanted to demolished the whole existing house and build a brand new concrete house. But considering the house as one of the few old houses in this village, mottled rammed earth walls and blacked structural woods despite look vulgar, but it is the window of the past to recall the treasure images of this house even the whole village, it is the truly value of the existing construction. After persuading the client to preserve the rammed earth walls and wooden structures, the tasks of design turned into a proposition essay: how to found the balance of modern living comfort and traditional context continuity in a small scale old house?

Demolition vs. preservation: after our investigation and mapping on the site, we decided to remove the decaying outereave columns and the outwardly sloping part on the second story of the west side wall. Preserved the main body of the wooden structure that in well-condition and almost all of rammed earth walls.

Addition & creation: the new addition part of the building is using concrete frame structure, the roof with steel roof truss bear the load independently. Digging the space for foundation beam underneath the side of rammed earth wall, and build a 240mm new brick wall inside of the wall, as a new building envelope and structural load bearing system. This strategy released the existing rammed earth walls and wooden structures out from the building load-bearing system.

After the demolition of the upper rammed earth wall with yellow mud repair leveling, as the bottom layer of the template, then constructed cast-in-place concrete cross-over beam above the template to support the load of upper building construction.

In order to prevent the total collapse of existing inward tilted rammed earth wall, the new constructed roof extended out to cover the wall avoiding rain erosion, also by increasing the horizontal steel support system on the inside of the wall to ensure that no inward collapse happen.

Scenes: the reflection of spacial elements

Grown from the earth: the existing rammed earth walls and wooden structures are well preserved, and fully presented at interior space. Soil and wood, these two materials express a warm rustic taste that filled within the space. The   new added part should be as leaving blank, so that let the original colors of the soil and wood warm and shower in the entire space.

Chiseling wall for the light: since the dim light of in the old house, when chiseled down the rammed earth walls on the second story, also open the upper part of west side wall to bring the light into the interior space. In order to illumine the whole interior area in this old house, and the high windows can still cut off the sight viewing, to avoid that taking everything both inside and outside in only one glance.

Facing a wall, and thinking over: normally, large-scale space is given a commemorative sense, small-scale space is given a daily using purpose. When people are in an introverted little space, viewing is easily concentrated at a point or a surface, it will produce a strong focus, triggering time and space interspersed, the object or the space itself would be redefined. So this kind of concentration focusing is given a sense of monumental and memorial to a small scale space, just as an old Chinese saying, that facing a wall, and thinking over, thinking of the future in the past.

Emotion: the expression of contraction

This project is named as the “half” house, because it is all about a "half" concept. Half soil with half wood, half new spaces with half old construction, half about space and half about time, there is no values comparison. From the outside, the lower part is formed by rammed earth wall and the upper part is new added glasses; from the inside, under feet is new concrete floor and above head is old wooden roof trusses. The new and the old are not in a relationship of mutual concessions, confrontation, nor primary and secondary, they are more like a wonderful symbiosis, you have me and I have you. As the concept of drama "Secret Love in Peach Blossom Land ", two different plays expressed different time and space showing on one same stage. At the same time staged, and dialogue with each other.

If treat the "half" house as a drama play, the new constructed part is the carefully built stage art for the story; and the old time rammed earth walls and wooden structures, they are no longer play the original role, but the dancer in the spotlight, the successor of time, and the narrator for the story. When the audience get into the theater, living in the interpretation of actors and stage art scenery, a perception of time crossing rising from the dramatic sense. Thus, the "Half" house, transformed as a "companion". 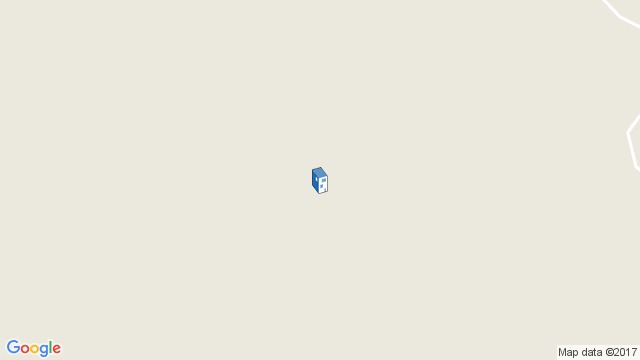 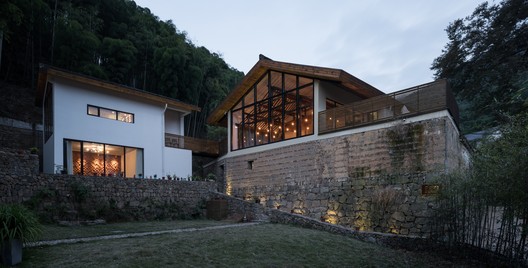