Text description provided by the architects. The “Casa de los Aguacates” reform proposal is based on opening the preexistent volume to the patio and avocado’s garden. We developed a constructive system, which allowed us to solve this new orientation and illumination task and reinforce the preexisting structure simultaneously.

This new system is composed by wood frames placed between the old eucalyptus columns and over a new concrete base. Therefore, we carefully took out the brick walls between the columns first.

This new wood frames resolve front door, and ventilation as well. Besides this, we filled with bricks old openings, we reconstruct installations, reinforced structure, floors, stairs, and other works of maintenance. The intervention has approximately 300m2 and a cost of 200 $ by m2. Everything is realized by hand craft with materials obtained in the surroundings. 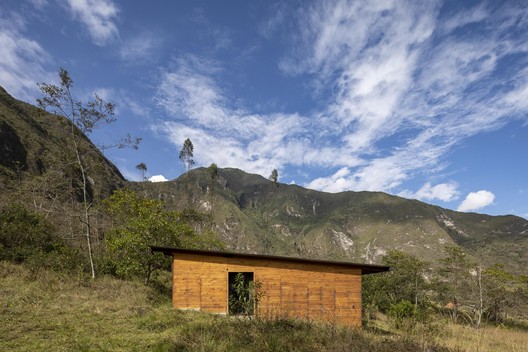