Constructed as part of Agrikultura—a triennial of public artworks and urban interventions in Malmö, Sweden—this installation, described by the designers a "maquette of a monument to the honeybee", is in fact home to an entire colony. It references—by design—the mysterious elements of 'bee orientation': verticality (gravity), geometry (the cell structure of the beehive), and the position of the sun relative to the hive. The project is, on the one hand, "a potential memorial for the bees" while, on the other, "a celebration of the sun on which all life depends." 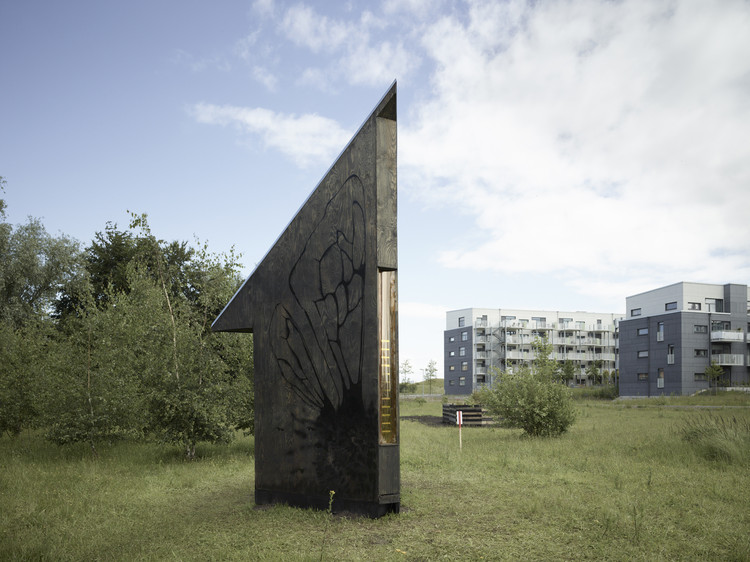 Created by Carpenter | Lowings, the project refers "to the mortal threat to the global bee population from certain insecticides with which seeds are treated." According to the designers, "these can interrupt the neural orientation processes by which bees find their food and is currently leading to a crisis in bee populations." This also threatens human food production; one third of human food is pollinated by the humble bee.

With a roof clad in reflective metal, the project points to the sun at solar noon, thereby reflecting the sky. Subtle bee-wing and flower paintings by Marianne Morild in dripping black gloss oil-like paint adorn the outside.

Enclosed is a darkened space which—through the use of reflective surfaces—is transformed into a hexagonal 'cell' with what appears to be a glowing vertical column of amber light at its centre. The illusory space refers to the dark interior of a hive and the light column refers to the central significance to the bees of gravity and the position of the sun.

Orientation has been acquired by the City of Bergen, in Norway, where in it will become part of a new Sculpture Park Trail in the beginning of 2018. 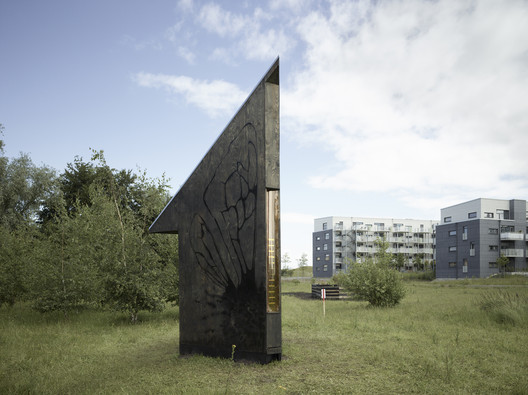