Save
German Pavilion at the 2018 Venice Biennale Will Respond to Debates on Nations, Protectionism and Division
Presented by:

In 2018, Germany will be reunified for 28 years, the precise amount of time that the inner German border wall—which was active from between 1961 and 1989—stood between "East" and "West". With this in mind, the German State have announced "Unbuilding Walls" as the theme of the German Pavilion at the 2018 Venice Architecture Biennale. Curated by GRAFT with Marianne Birthler, the exhibition will be designed to "respond to current debates on nations, protectionism, and division."

As the world grows together, walls are increasingly being discussed and built that divide people from one another. Walls can denote division, power and exclusion, but also protection.

According to the commissioners, the exhibition will focus on "the effects of division and the process of healing as a dynamic spatial phenomenon." They added: "Special focus will be given to outstanding examples of urban and architectural design that address aspects of division and integration. The inner German wall, whose existence and deconstruction became a symbol for the failure of dialogue and its overcoming, [will[ serve as a starting point and background."

Making Heimat: Inside Germany's Pavilion for the 2016 Venice Biennale

"Making Heimat. Germany, Arrival Country" is a response to the fact that over a million refugees arrived in Germany during 2015. The expectations for 2016 are similar. The need for housing is urgent, but just as urgent is the need for new ideas and reliable approaches to integration. 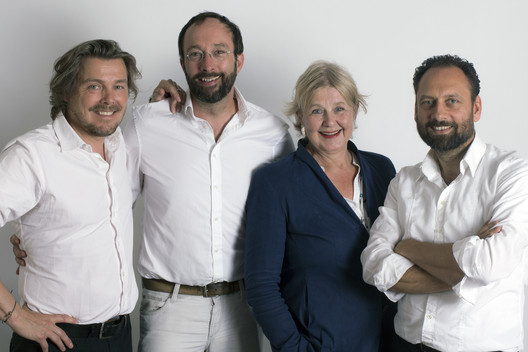