Save
House W / Atelier About Architecture 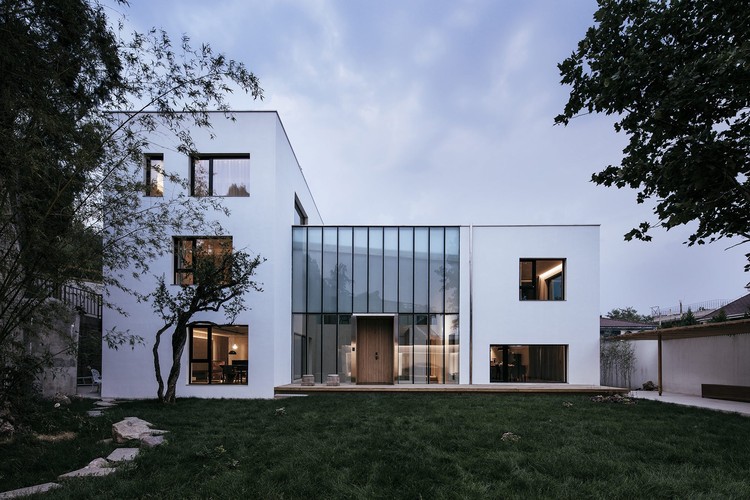 Text description provided by the architects. It took three years to complete the design of House W with numerous redesign and adjustments in between. Atelier About Architecture has invested great effort and the process witnessed its own growth. As the owners of the project, the architect duo was playing as both Party A and Party B during design, and the key is to clarify the expectations on living and to solve possible problems with absolute sincerity.

The design of House W was challenged by two physical conditions at the beginning: the temperature at the site is extremely low in winter because the building is rested with its back against the hillside, therefore we need to ensure the heat preservation inside will be strong enough under cold weather while to guarantee energy efficiency; it is also a tough job to meet the strict requirements on heat preservation and to create humanistic environment in the building at the same time. In most circumstances, rooms will be arrayed along the four sides of the plan; therefore, the area in the center will barely share any sunlight and become inanimate and cold. The situation generally gets worse when the volume turns larger, which will bring more difficulties to the heating and ventilation.

The building is standing with its back against the hillside, allowing the cold air to scour along the north façade in winter. AAA defined the program of the building as well as the sizes and positions of the windows based on the site and sunlight. The outside walls were wrapped with 150mm insulation panels, plus the huge glass box in the atrium, providing continuous heat in winter. As proved by the experiment on the data collected in the first heating season, the temperature of the interior will reach an average level of 11 degree in winter without turning on any heating equipment. Meanwhile, cool air will be introduced from the basement and discharged from the inside as a result of natural airflow to reduce the indoor temperature.

AAA also invited Architecture and Technology Research Institute of Tsinghua University to carry out a half-year professional examination after the realization of House W with the aspiration of building a passive house that completely meets international standards.

AAA made careful measurements on each independent room according to our own living habits, and have defined the volume of each space by column width of 6 meters instead of blindly maximizing the space. In this blundering era with excessive visual information, architecture itself has become more and more pictorialized where people are more likely to be attracted by the photos of a building instead of the building itself. However, the real beauty of architecture, as well as the abstraction and the relevance of spaces, are beyond the expression by images. Architecture can only be understood through personal experience.

Martin Heidegger believed that poetic dwelling is not only about poetic watching, but also about living in poetry. The comfort of living is an evitable element in any time. In his article Ornament and Crime (Ornament und Verbrechen),Austrian architect Adolf Loos advocated for removing ornaments from objects as he saw ornament as fraud. AAA was greatly inspired and therefore rejected all ornamental elements for visual impact in this project to ultimately present a “sincere” building that truly meets our expectation on living. 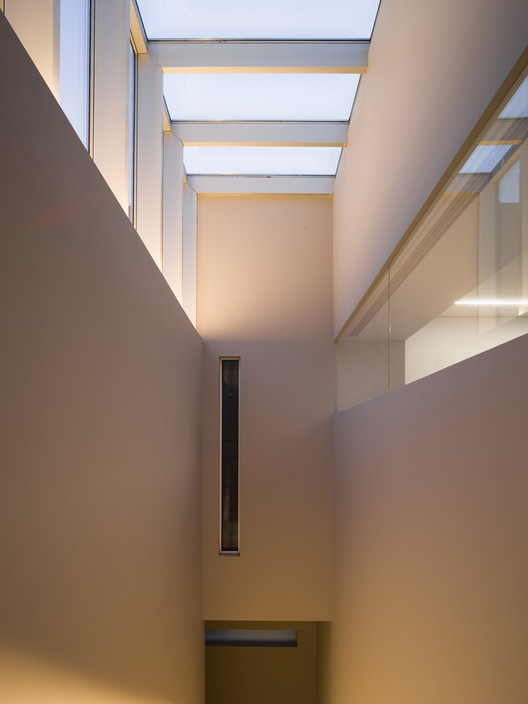 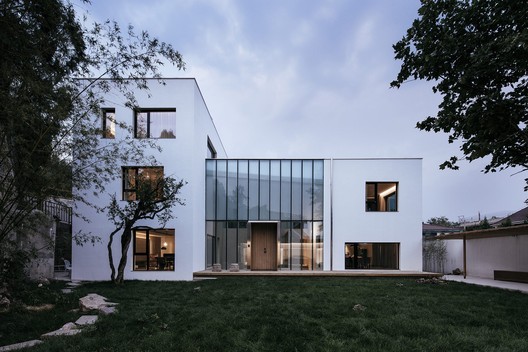