Technology company Pavegen has unveiled the world’s first “Smart Street” in London’s West End that utilizes the company’s unique kinetic paving slabs to generate energy from pedestrians’ footsteps. But unlike earlier Pavegen installations deployed in cities like Washington DC and Rio de Janeiro (which uses the panels as the foundation for a soccer field), the London Smart Street comes with its very own app – giving visitors precise information about the power they are generating, and encouraging use by offering up store vouchers in return for steps. 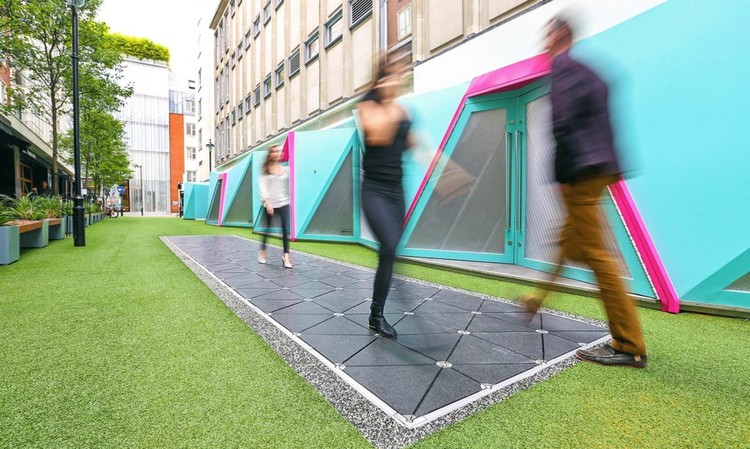 The 107-square foot pavement is located along Bird Street, where it produces power for nearby street lamps, Bluetooth transmitters, and hidden speakers that emit bird sounds intended to create a soothing environment.

Said Pavegen CEO Laurence Kemball-Cook in a statement, “With installations in Washington, D.C. and at vital transport hubs including Heathrow, being able to demonstrate how our technology can bring to life the retail shopping experience is a vital step for us. As retailers compete with online, technologies like ours make being in the busy high street more exciting and rewarding for people and brands alike.”

Since 2009, Pavegen has already completed more than 150 projects around the world. To create energy, the system uses electromagnetic induction generators – as the tile is pushed down from a person’s weight, energy-storing flywheels spin to convert kinetic energy into electrical energy. That energy can then be used to power nearby lights and appliances. 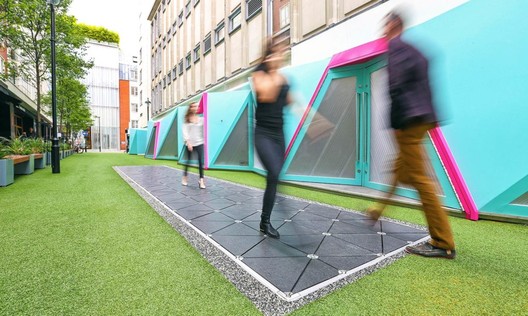