Six internationally-acclaimed teams have been selected as finalists in a competition to design a new home for London Symphony Orchestra and Guildhall School of Music & Drama to be known as the Centre for Music London.

Planned to contain a world-class concert hall, education, training and digital spaces, top-grade facilities for audiences and performers, and a number of supporting commercial areas, the Centre for Music building will become a new landmark within the heart of London, aimed at becoming “a place of welcome, participation, discovery and learning fit for the digital age.”

Estimated to cost between £200-250m ($255-320 USD) ,The Centre for Music will located on the site of the existing Museum of London, who last year announced their own plans to move into a large and more accessible facility at London’s Smithfield Market. The former museum building will be razed to make room for the new structure.

The shortlisted architects include:

The shortlisted architects will now receive an Invitation to Tender requesting a detailed response to the design brief, the company’s approach to delivering the project, details of the team that would work on the project and a fee proposal. The bids will then be assessed and scored based on their tender submission and an interview process with the assessment panel.

News via Centre for Music London 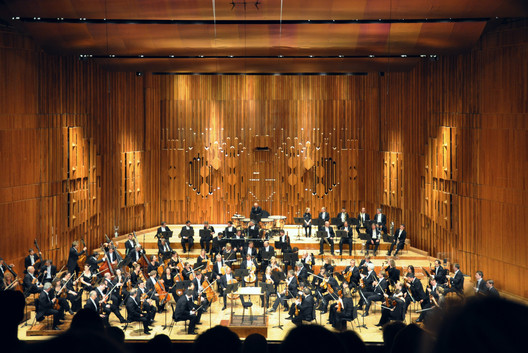