Text description provided by the architects. Chinese firm OPEN Architecture has revealed their latest project in progress, a museum located on the coast of Bohai Bay in northern China. Titled "Dialogue by the Sea," their project comprises two complementary art spaces: a cave-inspired space hidden within the beach's sand dunes, and a second space that rises from the sea "like a solitary piece of rock." Both projects are currently under construction, with a timeline yet to be released. 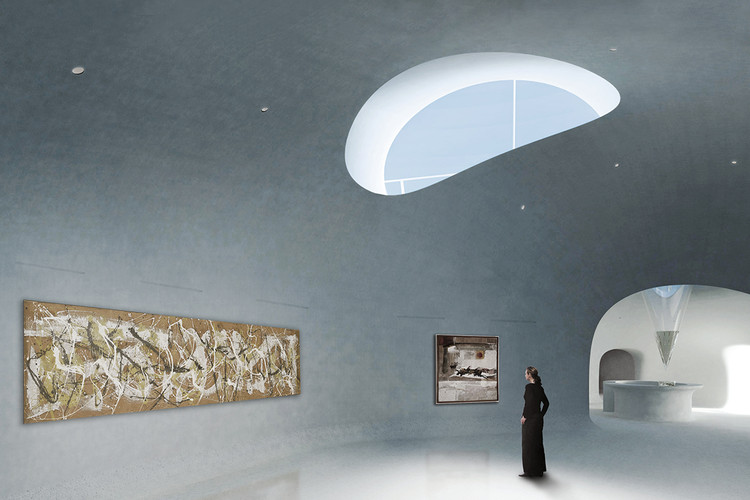 Project Description from the architects.

On a quiet stretch of beach along the coast of Bohai Bay in northern China, OPEN designed two art spaces: one hidden in the sand dunes, like mysterious caves; one rising out of the sea, like a solitary piece of rock. A long walkway stretching in between connects the sand and the sea, the art and the people. The two spaces create a silent dialogue by the sea.

Countless years of wind have pushed the sand into a strip of dune along the shore a few meters high, stabilized by the low rising shrubs and ground covers. Inspired by kids’ tireless digging in the sand, this art space is carved in the dunes. “Digging” creates a series of connected soft spaces, much like caves, the primal form of human inhabitance and the earliest site of man’s artistic creation. Between the sea and the sand, a hidden place emerges, intimate to the body and soul. It allows those who enter it to re-experience the long-lost childhood memory of putting a shell to the ear. Listening to the chimes of the sea in the temple of the spirit lets our bodies return to their original shelters.

The sea is constantly changing through different openings and at different moments. The light cannon sculpted by the path of the sun beams soft refracted daylight into the center of the space. Dancing around the curving surfaces in tiny steps, diffused light endows the place with a bright and uplifting spirit to produce a multi-functional gallery space. A giant sandglass lets time and natural light flow softly into the space.

With ever-changing expressions and temperaments, the sky and sea stimulate boundless creative energy. A spiral staircase leads to the lookout on the sand dune, guiding souls filled with curiosity to rise up from the caves, and be deeply touched by the vast openness of the sky and sea. Through a narrow passage, they leave the caves in the sand dunes and head toward the realm of the sea.

The “rock” is formed by two lines: one perpendicular to the shore, the other perpendicular to true north, with a 15-degree angle in between. This art space has the same shape in the plan as on the façade. Geometry and order, solitude and determination: this is a gallery that opens up to the ocean, with a single workshop that serves as an artist’s retreat. The path that links the “rock” to the shore is a path for the pilgrimage of art. This path is only revealed at certain times, with the right tide and in the right moment. Its fleeting presence is not unlike the discovery of one’s personal legend—it is there, but often it simply seems unattainable.

The “rock” erupts out of the sea, enticing visitors to climb or to stop at some point along the way. Facing the sea, the gallery is open and transparent, extending from the interior to the exterior, reaching to the sky and to the sea. Attuned to the breathing of nature, this dock-like space is the place to receive artwork and visitors coming in from the sea.

Here, only one piece of art is exhibited at a given time. The pilgrim, in solitary coexistence with the artwork, comes infinitely close to its spirit. Behind the gallery, a hidden workshop is a retreat for the artist—a hermit on the sea.

The two spaces both explore the simple yet profound relationship between man and art, and the attitude of man facing nature, to follow and revere. Here, in the eternity of the sea, the power of art and nature fuse into one, bringing man back to the origins of consciousness. 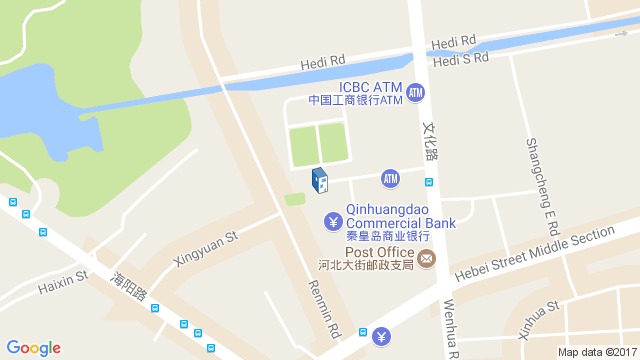 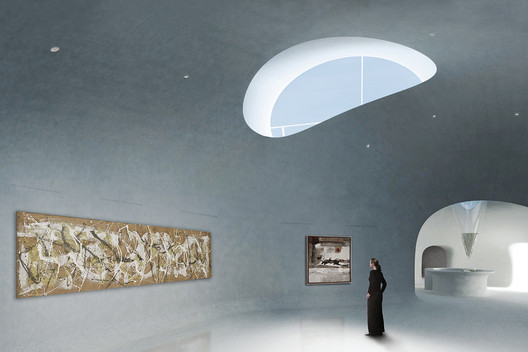