Save
7 Alternative, Interdisciplinary Graduate Courses for Architects
Share
Or
Copy

Located at the intersection of architectural practice with subjects such as mathematics, computer science, cognitive science, and anthropology, this two-year program pushes its students to challenge the limits of current design processes and practices. It does so by making an inquiry into the varied nature and practice of computation in architectural design, with a focus on the development of innovative computational tools, processes and theories, and their application in socially meaningful responses to challenging design problems.

2.MSc Geomatics
Faculty of Architecture and the Built Environment, Delft University of Technology, Delft, the Netherlands

In a world that is increasingly populated by sensing technologies which measure human behavior and monitor the built environment, Geomatics has emerged as an innovative and rapidly developing field. This two-year program aims to teach its students how to use advanced techniques in data collection and analysis, spatial information modeling, and the visualization of data to solve real-world problems in novel ways.

Stemming from the argument that conventional systems by which architecture is produced and understood—drawing, modeling, talking and writing—now require expansion, this twenty-month taught program considers the potential of alternative practices to elicit a new investigation of contemporary architecture. This means that students are free to mold their graduate theses in a variety of forms, albeit in addition to a written component such as an extended photo-essay, film- and sound-based work, and other non-traditional forms of publishing.

This two-year program is built around the exploration of a central question: What does it take to engage meaningfully in the city? In a rapidly urbanizing world, it provides students with an extensive education in design, development, anthropology, social science, and economics, in order to equip them to tackle issues such as social inequality, persecution, and gentrification in cities.

The curriculum of this jointly-administered program primarily encompasses engineering and design; however, it also dives into subjects as varied as economics, business, government regulation and policy, and sociology. The two-year program, launched in 2016, invites high-caliber students—at least two years of relevant professional experience is required—and offers them the skills and knowledge to take a collaborative and innovative approach to technically deep, complex, multi-scale, and open-ended world problems.

Through the core curriculum and a wide variety of elective courses, this two-year program teaches students analytical skills that address the political, economic, quantitative, behavioral and normative aspects of complex policy problems. It offers two distinct certificates grounded in the comparative study of cities and urban problems—the Certificate in Urban Policy (UP), and the Certificate in Urban Policy and Planning (UPP). The latter builds on the scholarly foundation of the former and adds a focus on physical planning.

This 15-month program exposes students to new forms of advanced design and engineering methodologies—such as robotics, CNC milling, and 3D scanning—which enables them to place their skills in the context of pioneering developments in the fields of construction, fabrication, assembly, and automation. 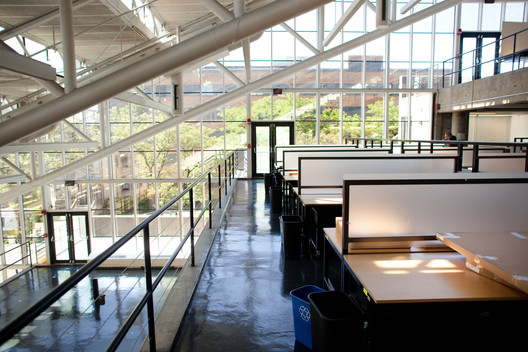