Save
Space Renovation of No.5 Teaching Building / C+ Architects 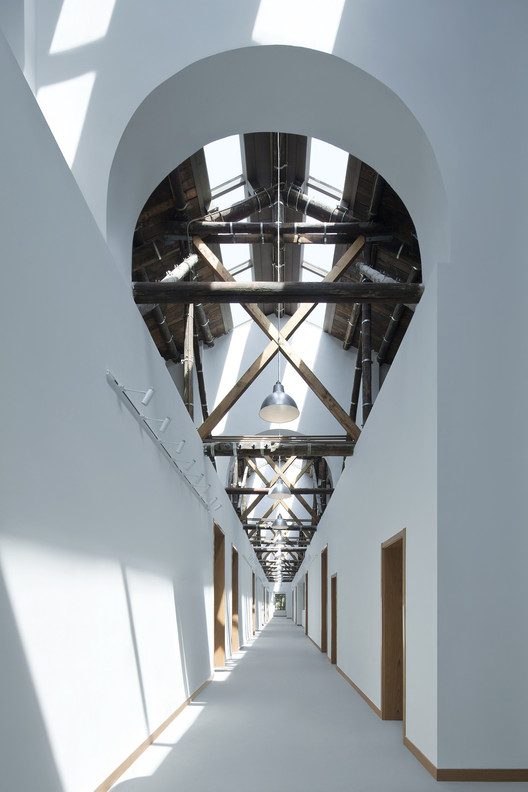 Text description provided by the architects. In the autumn of 2016 the principal architect of C+ Architects Cheng Yanchun received a design invitation from Beijing University of Civil Engineering and Architecture. The project is to renovate Teaching Building No.5 , which is situated in the old campus on Zhanlanguan Road of Xicheng district.

BUCEA is Cheng’s undergraduate Alma mater, so it contains unusual meaning to participate in the design for his university.

No.5 Teaching Building established in 1956, combined both Chinese and Western architectural elements. The internal space is simple, in the middle of a narrow corridor, on both sides of the corridor is the classroom, and at each end in the building there is a staircase.

“We used to have advanced mathematics classes in this teaching building and the class started at 8 o’clock in the morning. I still remember that I woke up quite early just for saving a seat in the front of the class. At that moment, I thought that the corridor in this building was very long and the light was trance.” Cheng once recalled at the beginning of the project.

Before designing, the architect was not only thinking about the building itself, but also the relationship between the building and the context. No.5 Teaching Building is located on the west side of the campus, enclosed a small garden with the No.3 building and the No.4 building. The small garden planted some plants, and a fountain. People would like to have a rest in the garden sometimes, actually, it mainly as the traffic space and landscape.

While transforming the inner space, the architect also think about the further design of the garden in some day. The courtyard is built in a private place and exterior environments rarely disturb it. Considering the cooperation of three buildings, the architect was trying to make it to serve more educational activities, not only as the garden. After transforming, the entrance is added to the center of the south side facing the garden, it is a public space as well. People are encouraged to have more interactions with the garden.

Going with the Flow

The architect founded that the wooden structure of the roof and the gable of the whole building were very charismatic, when the building was dismantled internally, so the architect decided to keep the exterior of the cabin, and only reinforce and clean it up. After the modification, the original arch was clearly shown in the gable, multiple arches arranged in a row, formed an orderly space. People on the second floor of the public spaces can directly see roof and the original shape of the gable. The newly components and the old parts also can be seen directly.

Beyond that, the architect added skylights. From the beginning of the morning, the whole building is filled with sunshine. And with the changes of lighting, the atmosphere inside will be slightly changed as well. The natural light from the wooden house is projected on the interior wall of the building and the ground. This spatial experience of the light and shadow is similar with the garden, which has been mentioned.

Create a New Experience of the Space

The old building lack of the public space for drawing review and lectures, but there is a growing demand for public space in today’s teaching mode. The architect decided to pull down the south side of the middle of the second floosr to create a two-story high-rise space, here as an open amphitheater could hold a variety of public events. The northern space  transformed into a public place for drawing review and discussion.

The new public space in the center of the building could serve the area of instruction on both sides, also has weakened the sense of the closeness of the narrow corridor, sight line up and down here, make building space more open and tridimensional. Furthermore, the walls on both sides of the first and second floor corridors will also serve as the exhibition space for students' works and teaching achievements.

The addition of natural lights and three-dimensional open space, all of these elements provide a new experience for the old building. 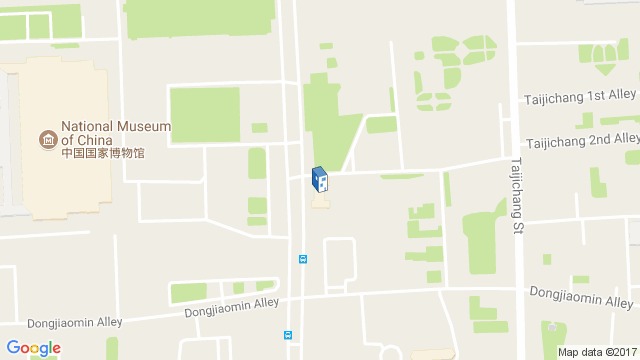