Born between the Tigris and the Euphrates, ancient Mesopotamia, "the land between two rivers," is considered the cradle of human civilization or, at least, one of its main birthplaces. Archaeological discoveries place in this fertile crescent the earliest origins of agriculture, the birth of writing and the first religions, governments and social orders.

This historical land corresponds to most of the current Iraq and Kuwait, as well as to smaller parts of Syria, Turkey and Iran. Not only these countries, but the whole Middle East in general, is home to invaluable ancient treasures. However, a great number of the cultural sites there are faced with major threats, as they have been caught up in the middle of ongoing conflicts that are ravaging the region. As a consequence, UNESCO included several sites in the List of World Heritage in Danger, in the hope that the international community could join in an effort to save these endangered properties.

To reinforce this message, the Earth Observation company Deimos Imaging has released satellite images of six World Heritage sites in danger in Syria, Iraq and Yemen. The images were captured by the satellite Deimos-2, launched in 2014 and designed for cost-effective, dependable very-high-resolution Earth Observation applications, providing 75cm/pixel pan-sharpened images.

Palmyra, also known as the “pearl of the desert,” is located northeast of Damascus. Founded in the second millennium BC, the city reached its peak between the 1st and 3rd centuries AD as an oasis of date palms and gardens in the Syrian desert. For 1,500 years, Palmyra remained one of the best-preserved sites from antiquity, until ISIS seized the site in May 2015, razing ruins from it, blowing up the magnificent Temple of Bel and the Temple of Baal Shamin, ancient colonnades, arches, statues and even tombs.

Built for the first time in 1031, this medieval castle was rebuilt and completed again in 1170, after an earthquake damaged it. It is located on a 600-meter ridge overlooking the Syrian plains and it illustrates the exchange of influences between Eastern and Western architectures at the time of the Crusades. UNESCO included it in the List of World Heritage in Danger in 2013. During the ongoing Syrian conflict, it has been reportedly damaged by shelling at least three times.

Founded in the year 836, Samarra was the second capital of the powerful Abbasside Empire that extended from Tunisia to Central Asia. It is the finest conserved example of the Abbasside’s architecture and city planning, and it preserves two of the largest mosques and the most unusual spiral-shaped minarets. Samarra was included on the list of endangered sites in 2007, given that the state of conflict in Iraq does not allow the responsible authorities to assure its protection and management.

Capital of the first Arab Kingdom, Hatra was an ancient fortified city built around the end of the 3rd or beginning of the 2nd century BC. Thanks to its thick walls and towers, it withstood Roman invasions in 116 and 198 AD UNESCO inscribed it on the List of World Heritage in Danger in July 2015, following the damage inflicted by ISIS. The group had bulldozed the place in March, 2015.

Located in a mountain valley and inhabited for more than 2,500 years, the Old City of Sana’a became a major Islamic center during the 7th and 8th centuries. Its Great Mosque was the first one built outside Mecca and Medina. Moreover, many of the houses within the old fortified city present a unique architecture with its many-storeyed tower-houses decorated with geometric patterns. During the ongoing conflict, strikes have destroyed some of these historic houses in the old quarter.

The Old Walled City of Shibam

The Old Walled City of Shibam was the capital of the Hadramawt Kingdom after the destruction of the earlier capital Shabwa in 300 AD. Known for its remarkable sun-dried mudbrick-made tower houses, it has been described as the “Manhattan of the desert.” Surrounded by a fortified wall, it is one of the oldest and best examples of urban planning based on multi-storeyed construction. Even though it hasn’t been damaged by the conflict yet, this precious cultural heritage remains under constant threat. 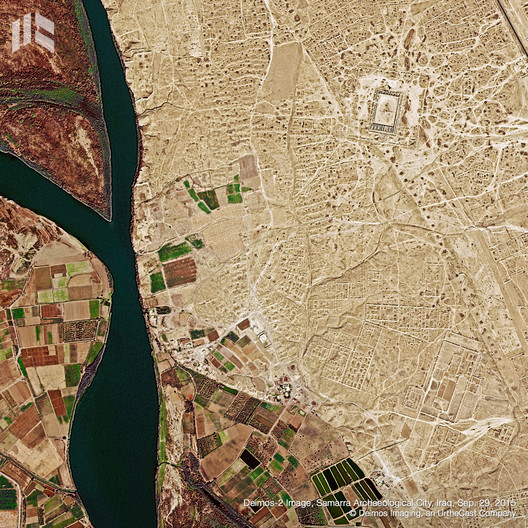