Renderings have been revealed for the upcoming apple store in Milan’s Piazza Liberty, designed by Foster + Partners in their latest collaboration with the technology giant. Following an extremely site-specific approach, the new flagship store will be located under the existing piazza, introducing a new public amphitheater and waterfall feature that will double as the store’s entrance. 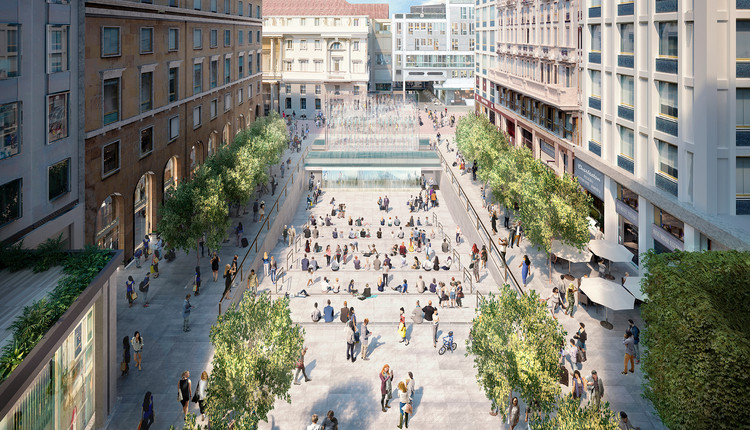 Unlike a traditional storefront, the Apple Store Piazza Liberty has been envisioned as a place for public gathering. The retail area has been intentionally hidden beneath the piazza, accessed by passing between two walls of water, intended as a tribute to the historic fountains of Italian public spaces and the close connection between Milan and its canals. A glass elevator will provide an additional, accessible entrance.

Inside, the store has been designed to house range of events including technology seminars and children’s programs to encourage public use of the space.

A date for completion has not yet been announced. Learn more about the project here.

Yesterday, the Apple Store Dubai officially opened to the public, becoming the tech giant's 494th retail store to debut since the opening of their very first brick-and-mortar store in 2001 in Fairfax County, Virginia. Since that first occasion, their stores have become synonymous with ground-breaking, transparent design, with Apple even receiving patents for their iconic flagship store and glass staircase designs. 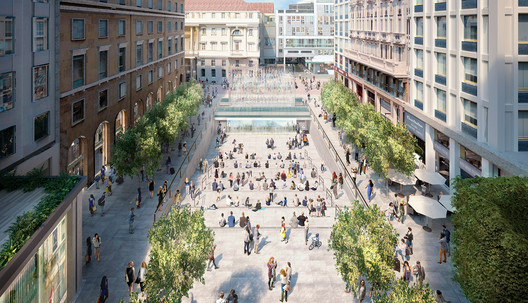