The “Never Built” world so far includes Never Built Los Angeles, a book and exhibit, and the book, Never Built New York. Now, the Queens Museum hopes to continue the exploration into the New York that might have been with a Never Built New York exhibition and has launched a Kickstarter campaign with a goal of $35,000 to make it happen. The exhibition, curated by Sam Lubell and Greg Goldin and designed by Christian Wassmann, will explore 200 years of wild schemes and unbuilt projects that had the potential to vastly alter the New York we know today. 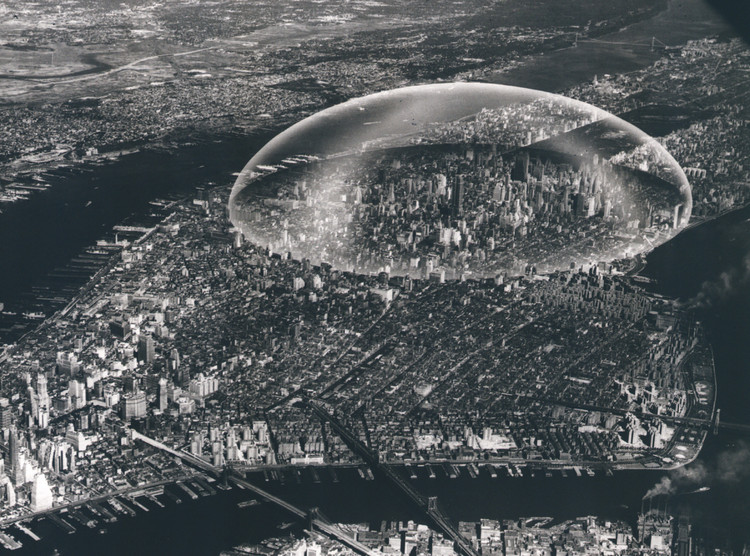 Opening September 2017, the crowdsourced funds will bring the show to life for the first time with original drawings, renderings, newly-built models, and 3D visualizations. As an added bonus for supporters, the available rewards for contributing to the Kickstarter include an exhibition print, special access to the exhibit, and even one of the 3D printed models from the exhibit. The funding will go to support the gallery installation, showing rarely-seen models, drawings and sketches--including more than seventy models to be installed on the Museum’s Panorama of the City of New York model.

By seeing the visions of what New York could have looked like, visitors to the exhibit also get to understand the backstory of why the city looks the way it does today. Some of the most visionary and innovative concepts for New York also give visitors an insight into the design process of the creative minds that dreamt them up. Many of the unrealized designs highlight the fact that society’s most pressing social issues are entirely tied up in the built environment; some of the craziest schemes were in response to perceived social problems that still ring true today. The Queens Museum hopes that public support for the Kickstarter can start a community dialogue about addressing these problems in innovative ways.

The Kickstarter campaign and the exhibit itself is a chance to inhabit a world that never was. Fall down the rabbit hole and you’ll find yourself among well-known names but unfamiliar surroundings. Could you picture a glass dome covering Manhattan? Buckminster Fuller did, in the interest of creating a perfect climate year-round. What if the Sixth Avenue Elevated Line was instead a pneumatic railway, complete with Gothic arches and Corinthian columns? Ellis Island, too, could have looked much different before it became a national monument. Frank Lloyd Wright envisioned it as an entirely self-contained city of the future with air-conditioned domes and moving sidewalks. The exhibition will allow you to forget, for a time, the reality of what came to be and instead spend an extended daydream with some of the most visionary creative thinkers of the past two centuries.

To support the exhibition, visit their Kickstarter page here. 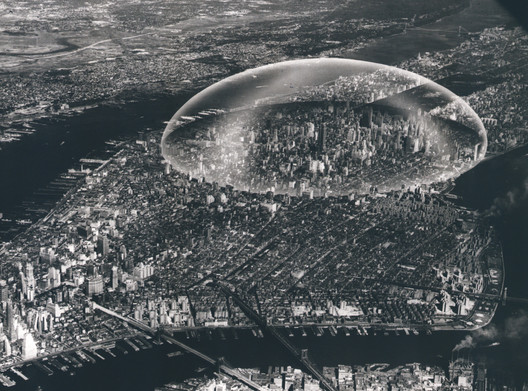