The European Commission and Europa Nostra have unveiled the winners of the 2017 European Union Prize for Cultural Heritage / Europa Nostra Awards, which honor achievements in conservation, research, dedicated service, and education, training and awareness. Out of 202 applications from 39 countries, 29 winners have been selected.

The winners of the 2017 European Union Prize for Cultural Heritage / Europa Nostra Awards are:

St. Martin’s Chapel, with its vibrantly colored Baroque panels and ceiling, was one of the few structures of its kind to survive in this region of Croatia. The advanced state of deterioration was halted thanks to what the jury calls ‘an excellent conservation’ which was especially commendable in the way in which local craftspeople, the owners, and the community were encouraged to participate in the rehabilitation process.

The Kuks hospital – consisting of a residence, a spa, a hospital, a church, a cemetery, a pharmacy as well as sprawling gardens - was in such an unfortunate state that most buildings were unsuitable for use. The jury states that the multi-disciplinary Kuks - Pomegranate project is an exemplary approach to an integrated building and landscape conservation which is of the highest quality.

The renovation and partial restoration of the ancient Greek city of Karthaia, located on a remote part of the island of Kea, is a perfect example of a site of archaeological significance and natural beauty existing in complete harmony. The jury emphasizes that the creation of this archaeological park for a site from the 5th century BC is an outstanding lesson in recovering and highlighting the Classical landscape of Europe.

It took ten years to restore and enhance the Bastion of the Grand Master’s Palace. In response to the threat of collapse, and with help from relevant European funding programs, the project has now – according to the jury – effectively recovered much that had been lost of this prominent cultural heritage site, the focal point of the World Heritage City of Rhodes.

The marble face of this iconic landmark from the first century B.C. was deformed and suffered from physical, chemical and biological decay and offered poor accessibility to visitors. The jury states that the project reflects the best aspects of our cooperative and globalized world: an Egyptian inspired monument in Rome attentively restored with the support of a Japanese patron, Mr. Yuzo Yagi.

The King’s Road; across Filefjell, Norway

The restoration of the historic King's Road, which winds through the breathtaking landscape of the mountainous Filefjell, was undertaken with the help of Sherpas from Nepal and experts from Germany. The jury highlights that this integrated project of cultural and landscape heritage conservation is of the highest quality and was undertaken with a real focus on best practice in building.

This Baroque ensemble of buildings found within the UNESCO World Heritage center of Porto could no longer guarantee the safety of both visitors and staff. The conservation project encompassed the consolidation of the architectural heritage with the restoration of sculptures, paintings, ecclesiastical robes, books, and documents. The jury admires how this difficult, multifaceted intervention has enhanced the entire complex.

The Cultural Palace – built in 1930 – was the only center for cultural activities such as concerts, plays, film projections and exhibitions in the small city of Blaj. Following a fire in 1995, the building was seriously damaged and remained a ruin until 2012. The jury appreciates how the restoration successfully evoked the lost architecture of this ruined historic building with minimal interventions.

This fortress suffered serious deterioration since the 1940s. A private initiative, which took 15 years to complete, has resulted in a beautiful hotel, completely respectful of the building’s architectural essence and its important environmental surroundings. ‘The impressive and imaginative reuse of a military building is a fine model for similar sites in Europe’, the jury said of this extremely complex renovation.

Roof for the ruins of the Monastery of San Juan; Burgos, Spain

Thanks to a well-designed roof – made possible with European funds - the surviving elements of this 11th-century monastery are now well preserved and a new protected space to celebrate cultural activities has been created. The jury noted that the solution is non-invasive, totally reversible and completely discernible from the old fabric.

Building 17 of the UNESCO World Heritage site of the Derwent Valley Mills, the world’s first successful factory, was in a very poor state due to a complete lack of maintenance and unsuitable interventions. The jury states that the project - initiated by a voluntary organization, The Arkwright Society - represents a good adaptive reuse of industrial heritage and is a key component of an important ensemble of buildings.

The objective of this restoration project was to reinstate the structural, material and formal characteristics of this Sinan-period architecture that was lost over the preceding centuries and to revive and update its functional purpose, that is, as a traditional Ottoman bathhouse. Like many medieval structures in Istanbul, the Kılıç Ali Paşa Hamam has suffered extensive damage from earthquakes, especially to the dome, as well as subsequent negative effects from unsuitable maintenance measures.

This complex and large-scale project researched and conserved the medieval altarpiece of the high altar of St. Nicholas’ Church in Tallinn. The jury appreciates the web-based media portal and applauds how the project represents absolute best practice in painting and sculptural conservation and research and is a huge achievement in interdisciplinary and international collaboration.

The Carnival King of Europe project, a partnership of 9 European ethnographic museums, sheds new light on the similarities that are found in one hundred winter masquerades in 14 European countries. The jury applauds the project's great value in demonstrating that people from different regions in Europe have long-standing similarities in their values and traditions.

The ‘Museum Piranesi’ project is an extraordinary adventure in 18th-century art history. Professor Pierluigi Panza has traced 269 pieces connected to Giovanni Battista Piranesi in 43 European countries, in both private collections and large museums. The jury highlights that the dedication of over 20 years by this tireless researcher completes our understanding of the oeuvre and influential role of Piranesi.

Following seven years of dedicated research, a wealth of new information about the world-famous artist Hieronymous Bosch was discovered and shared in exhibitions, books, and an innovative website. The jury states that this project not only represents innovations in research, conservation and technology but is also an excellent example of the link between research and the conservation of art.

For over 40 years, Philippe Stern has collected an array of European timekeepers which now comprise one of the largest and most important collections of its kind in the world. In 2001, a long-held ambition to open a museum to house the collection was realized with the establishment of the Patek Philippe Museum in Geneva. This private and family owned museum is open to the public and aims to explain the horological traditions of Europe to its visitors.

Online voting for the Public Choice Award, to be chosen from the 29 winners, is open to the general public. Seven Grand Prix laureates will additionally be recognized. Learn more about the winners here. 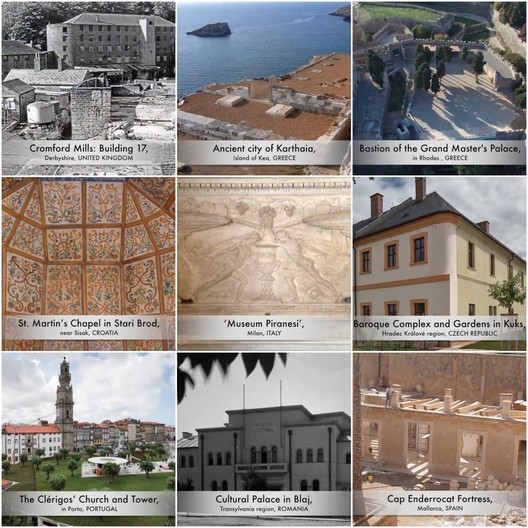