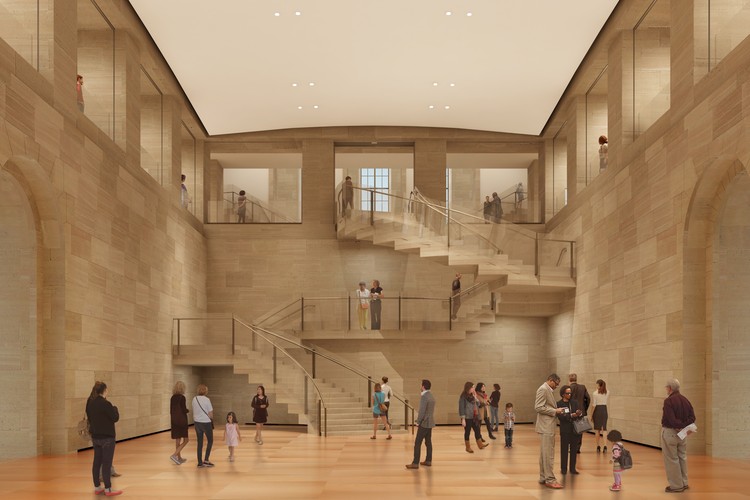 Speaking about his approach to the design, Gehry recalls his first impressions of the space:

“I walked through the building and I saw that all you had to do was follow the yellow brick road, so to speak. It was all there, and it showed you what you could do."

Central to the project will be the removal of the current auditorium to open up a new main axis through the building and a multi-level public space called ‘the Forum.’ A new grand staircase will pass through the Forum, connecting visitors from the historic 640-foot-long Vaulted Walkway to the floors above.

Further increasing access to the building, the West terrace will be entirely rebuilt to integrate ADA-accessible ramps and the currently unused North Entrance will be reopened, allowing it to serve as the primary entrance for large groups and the large numbers of visiting schoolchildren. New classrooms and art studios for these groups will be equipped with the latest in education technology. Also included will be a restaurant, café, meeting rooms, and the large new art galleries. All spaces have been designed with respect to the building’s original architecture and materiality, resulting in a “seamless blending of old and new.”

The Core Project is the second phase of the long-term Facilities Master Plan envisioned by Gehry in 2006. The first project of the master plan, a new Art Handling Facility, was completed in 2012.

The master plan itself is part of a larger fundraising effort by the museum to improve education and programming, improve access and community outreach, and further engage audiences through the implementation of innovative new technologies. The largest cultural fundraising campaign in Philadelphia history, the ‘It Starts Here’ initiative has raised more than $326 million of its $525 million goal.

The Core Project is expected to take approximately three years for completion, with new spaces to open in phases from now until Fall 2020. The museum will remain open and fully operational through the entirety of the construction process.

Check out the gallery below to see all the before/after images.

News via Philadelphia Museum of Art.

The Philadelphia Museum of Art has revealed Frank Gehry's designs for a 169,000 square foot expansion that will see the museum dig down to create a new set of galleries underneath its existing footprint. 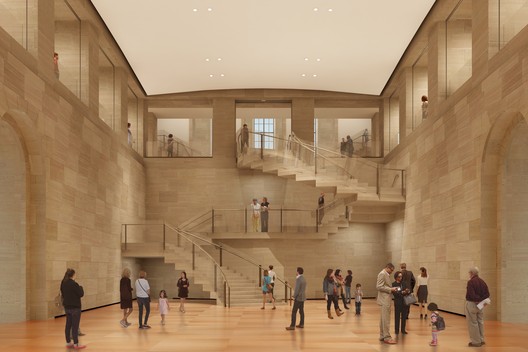