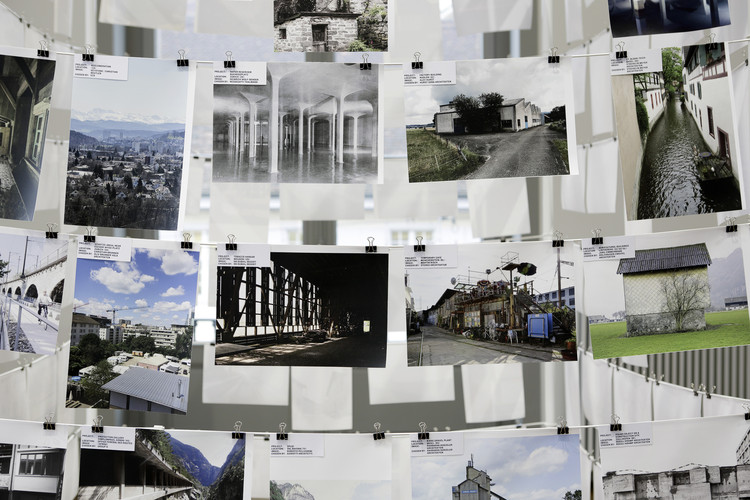 A new exhibition at the Swiss Architecture Museum (S AM) in Basel is attempting to reveal the fascinating paradoxes inherent in the contemporary Swiss architectural scene. Its rather direct, defiant title—Schweizweit: Recent Swiss Architecture—belies a more muted, if not provocative, curatorial ambition. As the first show realized under the leadership of Andreas Ruby, a Berlin-based critic and publisher who took the reins of organization in 2016, it represents an ostensibly soft landing into what is a notoriously closed and clandestine world. When one thinks of Swiss architecture—and plenty of projects can be found on ArchDaily which superficially attest to the stereotype—one thinks of precision construction, concrete, stone, and spatial grids. Peter Zumthor comes to mind; Valerio Olgiati, Mario Botta, Peter Märkli, Christian Kerez, Diener and Diener, Herzog de Meuron. Most do not perceive Switzerland as a land of radical architectural experimentation (and, if the aforementioned canon is anything to go by, professional gender diversity), nor is there a clear discussion on how or where a younger generation of contemporary practitioners are operating.

In this respect, Schweizweit is long overdue. If Minimalism once flew the flag for Swiss architecture it no longer holds court – the reality today is far more regionally heterogeneous and far less uniform than the ‘legend’ might incline. With this in mind, and fully in line with Ruby’s intentions to develop the trajectory of the museum “without thresholds” and with a “Switzerland-wide” field of focus, the exhibition is built on a foundational survey to which 162 Swiss practices earnestly responded. They were challenged, by way of a single photograph or drawing, to answer the following three questions:

The results of this line of questioning—which deliberately encourages a degree of national introspection—are remarkable and revealing. Exhibited as a sequence of rolling large-format projections in the museum (and as a visual troika in an eponymous book) the collected images demonstrate “the commonalities and differences in the themes, content and formal strategies” that architects in Switzerland appear to be preoccupied by. When seen together and in succession they start to dismantle misconceptions (but in the subtlest of ways); as a visual atlas, it uncovers a series of unexpected relationships between vernacular architecture, the work of the preordained Swiss ‘masters’, and a panoply of possible new directions. While there remains a discernible tenor connecting what has come before to what is being built now, it would appear that the thread (held taught and straight since the 1990s) is starting to splinter.

Schweizweit is a predominantly visual show, and it has found strength in simplicity. The exhibition is divided into three chapters: an opening room in which the lines of inquiry are presented alongside a wall of emails correspondence; the room of projections (and, significantly, mirrors); and a concluding installation examining vernacular inspirations. This is perhaps the most interesting of all: from stone quarries (AmreinHerzig, Atelier Archiplein) and photographs of the interior of the Ova Spin Dam (chosen by Luca Pessina and Simone Tocchetti, and Giuliani.Hönger respectively; photographed by Christian Kerez), to vernacular Swiss stables (Baserga Mozzetti), drying towers (Bayer Klemmer) and basalt formations (Edelaar Mosayebi Inderbitzin Architekten), these photographs act as windows onto a national subconscious. They disclose an obsession with landscape and, at the same time, an almost primal sense of formal inquiry. An expanding field of is highlighted most notably by the likes of Undend, who present a “postcard merry-go-round” from Zürich, Smarch, who highlight a compositional trashcan (“Trash Gap”), and Karamuk Kuo Architekten who present a still from Goldfinger (with James Bond’s Aston Martin sailing through the Furka Pass).

The curators—Ruby alongside Viviane Ehrensberger and Stéphanie Savio—recognise a paradox inherent in contemporary Swiss practice; they describe it as a “cultural jet lag” between image and reality. Schweizweit is first and foremost a survey – not only in terms of stock-taking but also in sparking a national conversation. And while it seems that this has already begun, as with all national conversations they’re usually best conducted with a degree of extra-national support. Switzerland is not (or is no longer, at least) a country of “large brown hotels” as Hemingway put forward almost a century ago. To reforge this reputation beyond its borders, Swiss architecture must de-shackle itself and be challenged by a world beyond the alpine air. Whatever the outcome, this exhibition is its starters orders. 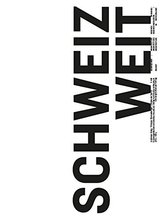 Update (04/04/2017): this article has been updated to correctly credit Viviane Ehrensberger and Stéphanie Savio as part of the curatorial team alongside Andreas Ruby.