The Rockefeller Guest House was commissioned by Blanchette Ferry Hooker Rockefeller, a passionate art collector who favored works by the likes of Alberto Giacometti and Willem de Kooning. Pieces from her collection later found fitting homes on the walls and floors of the guest house, after being relegated out of Blanchette's primary residence by her husband John D. Rockefeller III. See the artworks and sparse furniture of the home's interior in a T Magazine video above.

To learn more about the Rockefeller Guest House and its history, read the full article from The New York Times Style Magazine here. 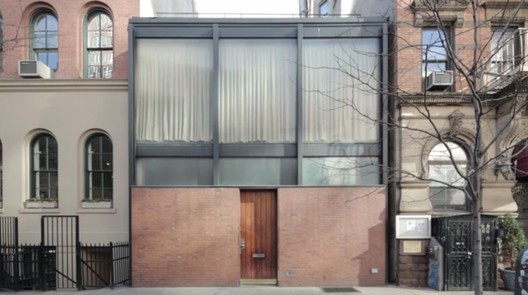