BIVAK Architecture and Design has won a competition to design a rowing arena in Hungary for a host of championships taking place in the country in the coming years. The competition, hosted by the Hungarian Rowing Association (MKKSZ) and Hungarian Academy of Arts, was open to architects under 40 years of age. BIVAK’s winning proposal, announced in February 2017, centers on a 90-meter-long tower ‘gliding’ above the water. 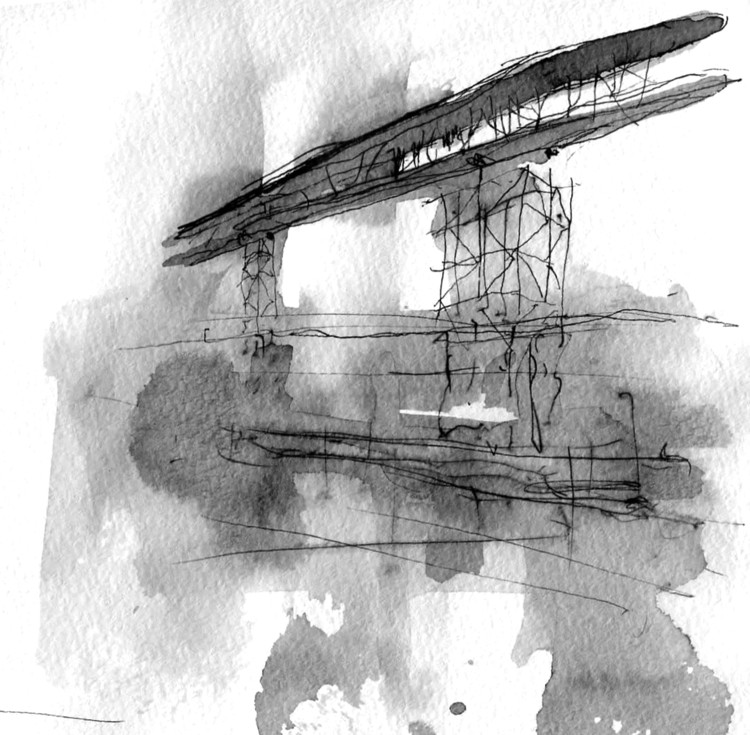 BIVAK’s proposal divided the site into three separate areas: visitor, competition, and athlete zones. At the heart of the arena, a landmark 90-meter-long tower contains a viewing area, admin suites, and VIP terrace. The tower’s raised floor level, coupled with supporting pillars, evokes the imagery of a ship in dry-dock. An aerodynamically-considered slender profile cuts through the air, acting in harmony with professional rowing boats scything through the water beneath.

The winning proposal’s tower expands horizontal instead of vertical, fits the track landscape, and makes no obstacle for the wind. Such a mindset had never been realized at any rowing track in the world before – Kálmán Petrovics, President of the Hungarian Rowing Association (MKKSZ).

News via: BIVAK Architecture and Design.

Why Budapest's Contemporary Architects had to Go Underground to Find Success