Save
Micro-Scale Modeling: How to Construct Tiny, Intricate Worlds From Ordinary Materials
Share
Or
Copy

Joshua Smith, a miniaturist and former stencil artist based in South Australia, constructs tiny, intricate worlds for a living. His work, which exhibits astonishing observational and representational skills, focuses on the "overlooked aspects of the urban environment – such as grime, rust and decay to discarded cigarettes and graffiti," all recreated at a scale of 1:20. Smith, who has been making model kits for around a decade, only recently chose to move away from a 16-year-long career creating stencil art. With his creative talents now focused on model-making, and all those skills which accompany the craft, ArchDaily asks: how do you do it? 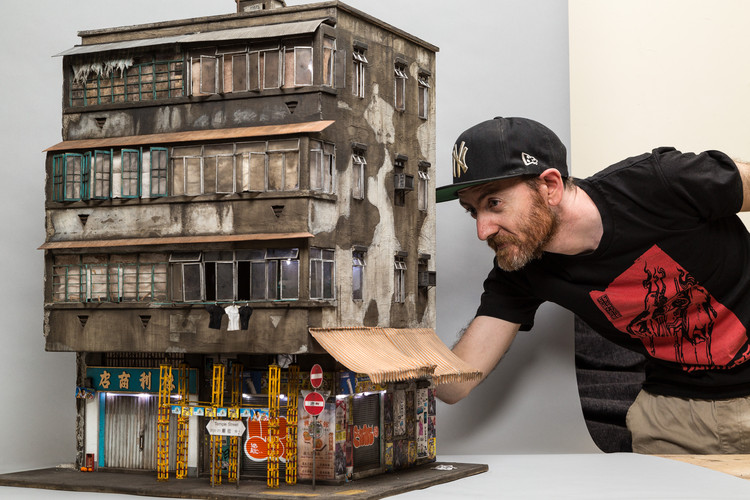 AD: Take us through your modeling process!

JS: First of all I find the building I want to replicate, either in person or using Google Maps Street View. From there I start to reverse engineer the building and break it down into components (i.e. the doors, windows, street, electrical boxes and so on). I then start working out which materials I will be using to create each component from scratch. Corrugated card, for example, for roller doors; MDF for the base of the building. Once I have the base built I lay down a base coat of paint and start weathering it using brushes and chalk pastels. It's during this stage that the building starts to look real and from here I start adding the wiring and the electrics for interior and exterior lighting and, in some cases, sensor activated lighting.

What scale do you work in?

I almost only work in 1:20 as I find it easier to do the calculations to create the scale version of the builds. I usually go off one small aspect, such as a door or a brick, and using Adobe Photoshop I work out the scale for the rest of the building. In terms of the main materials I use: MDF for the base, 1mm-thick cardboard for window frames, black card for more detailed areas, and 0.25mm-thick plastic card for windows. I use spray paint, acrylic paint and chalk pastels for painting and weathering the building to create the realism.

How long does each artwork take to produce? How important is creating a perfect mimic of reality?

It depends on the build. The smallest and less complex ones can take from a day to a few days to complete. The longest build, which was my Kowloon Miniature, took three solid months working on average six to seven days a week and eight to sixteen hour-long days. I strive to create a reality. I take as many reference photos as possible to mimic every single streak of rust, grime and chipping of stonework. I want viewers to be fooled, if I take a photo of the completed work in sunlight, to think it is the real thing.

Have you ever considered becoming an Architect?

It was something I considered when I was thinking of going to University but, back then, I was mistakenly under the impression that as an Architect I would have to design buildings which didn't fall down (I didn't realise that was more the role of engineers!). So instead I chose to study Graphic Design. My miniatures are mainly for artworks to be exhibited but I am now looking to create architectural models for firms. 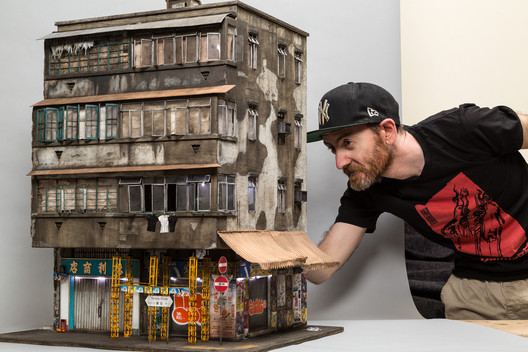