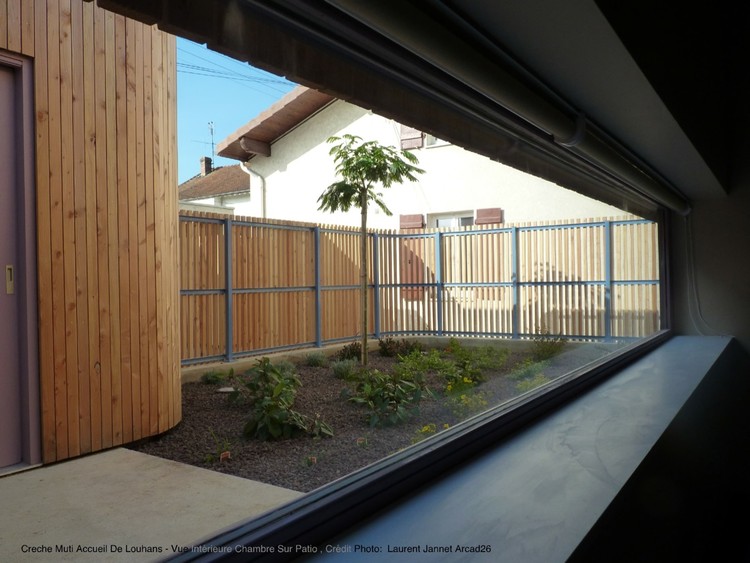 Text description provided by the architects. The program for Louhans Nursery School called for an updated and modern early childhood facility, with the capabilities of accommodating 40 children. It is ideally located between two neighborhoods, however on a narrow plot of land that would require fencing. The architects responded to this challenge by designing a simple volume, not ostentatious or superfluous. Featuring a vegetated roof terrace, topped by solar panels, the angles of the building are rounded to the exterior and to the interior concrete canopies.

Follow the break for further text and photographs on Louhans Nursery School.

The property boundaries of the building are marked by common walls of low height and decorated fences. The project includes a garden within the enclosed courtyard of the kindergarten.  The location of the building is between two neighborhoods on a narrow plot of land. The main access to the building is from Captain Vic Street and the existing parking facilities for the public school to the north.

The scale of the project was of great importance to the architects, proposing a design that would respond to its existing surroundings while accommodating the needs of the school.  In addition, three vegetation zones were created in the building as private gardens or patios.

The south garden serves the facility not only visually, but creates a buffer between the sleeping area for the children and the street.  This greatly helps to mask the traffic noise from South Street allowing the children to rest more easily.

On the west facade the bays are wide open to nature with a canopy and a courtyard.  A playground with rounded shapes is created in this garden.  Additionally vegetation was included vertically along the canopy walkways within the stretched fine mesh. 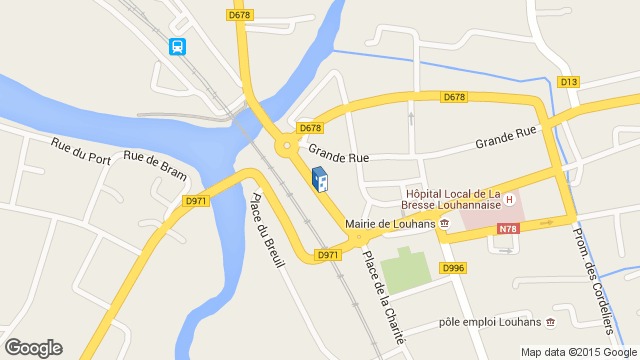