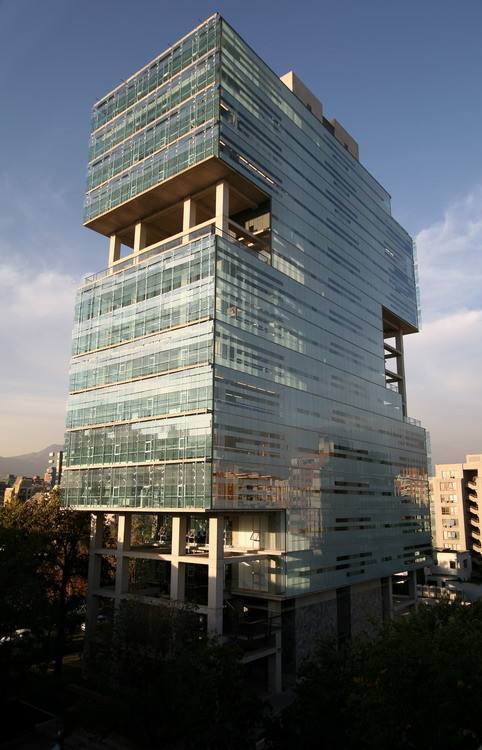 Text description provided by the architects. This project was awarded at the World Architecture Festival as the best building in the Office category. Congratulations to Sabbagh Arquitectos!

After the requirement of a building for the central offices of Duoc, there were four additional topics which were essential and needed to be solved. The first one, was the fact that the building's location was in the yard of Antonio Varas branch, former German School and typical building of the neighborhood. The second problem was the coexistence of a functional activities program to concrete requirements of surface and the relationship with the image of a corporate building for an educational institution of "Universidad Católica de Chile". The third problem was the constant change in the use of public spaces typical of an institution in permanent transformation and renovation. Finally, the necessity of a public place for the recreation of the students.

A fifteen stores tower that takes the ground level yard shape is designed and is taken to the upper floor. A band was thought for this purpose. This band is originated in a series of continuous bends, like an arabesque that conceptualizes and abstracts the idea of the branches and foliage of a tree. It goes all the way from the first floor to the last one defining the outer spaces and the double heights of the inners.

The empty spaces of the building are yards that are used as an extension of the educational and public areas and at the same time as a space to be related with the landscape.

This continued band is intercepted by a grid, an octagonal weft of pillars and girder which are the frame and building's support which is exposed and are part of the expressive definition of the project. Because of the later development of the building's structure, the explicit evidence of the band is lost. Keeping it's trade on the disposition of the fullness and emptiness of the current volumetry.

The purpose of the empty spaces of the building is to allow the people to climb the urban weft in order to reach places to have a perfect view of the city. At the same time, this allows the continued sight through the openings.

The building's plants look for their best efficiency organized like a regular structural weft of pillars which disposition facilitates the program's resolution. The vertical core of the elevators, steps and humid zones are displaced from the axle to the south front of the building encompassing the circulations and services areas. This disposition is reflected in the volume and fronts.

The first and second floors are clear spaces that allow the continuity of the down yard of the building.

The closing of the front is conformed by a glass coat. A first shutting, has windows in all the establishments to incorporate natural ventilation. And a second shutting, like a screen made of reflective and pigmented glass, to control the radiation and the thermic transmission. These shuttings are joined like a knitting so that its reflection gives a volumetric texture to the vertical plane of the building's front. This texture allows the educational building to look alive and be connected to the city. 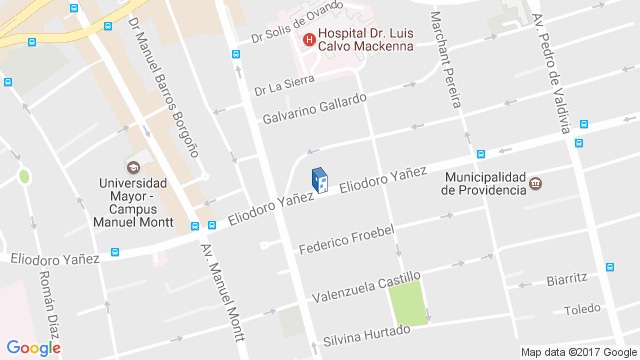