Save
Rietveld Pavilion at the Kröller-Müller Sculpture Garden / Gerrit Rietveld 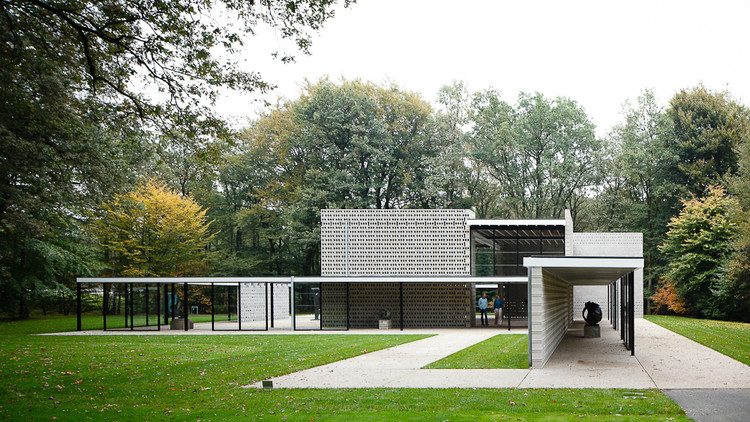 Text description provided by the architects. In 1955, Gerrit Rietveld (1884-1964) designed a pavilion for the display of small sculptures at the Third International Sculpture Exhibition in Arnhem’s Sonsbeek Park. This ‘Sonsbeek Pavilion’ was intended as a temporary structure, and it was dismantled when the exhibition was over. However, many people had been greatly impressed by its simplicity, and ten years later, on the initiative of several Dutch architects, the building found a permanent home in the Kröller-Müller Museum’s sculpture garden, under a new name: the ‘Rietveld Pavilion’. On 8 May 1965 the pavilion was officially inaugurated with an exhibition of sculptures by Barbara Hepworth.

From the very outset, the maintenance of the Rietveld Pavilion was a constant source of concern. The main questions were how to protect the minimalist structure (made of concrete, brick, steel, glass, wood and paint) against the ravages of time without compromising its delicate, temporary character, and how to preserve this more or less faithful replica of the Arnhem pavilion (which was originally intended to be temporary) for posterity. Every conceivable method was considered and tried, from conservation and restoration to copying and replacing parts of the building, but it eventually became clear that the structure was beyond saving.

The 1965 pavilion has now been disassembled. Today, in 2010, the museum has rebuild the structure with new materials, while adhering as closely as possible to Gerrit Rietveld’s original design. Wherever possible, parts of the 1965 pavilion that were still in adequate condition have been reused. Construction work began in January 2010 and finished in September of this year. The new, third version of the pavilion now stands in the museum’s sculpture garden, preserving Rietveld’s world-famous design for the future. 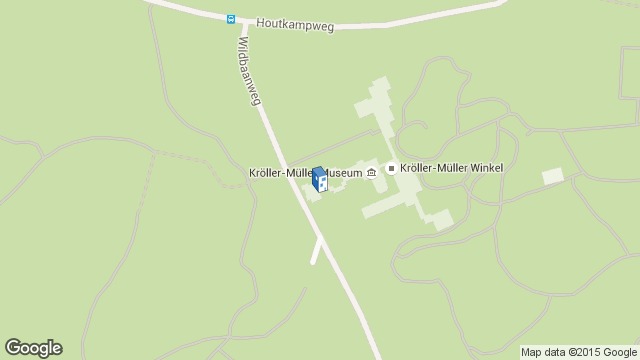