Save
House of Dr. Jung at the Kröller-Müller Sculpture Garden / 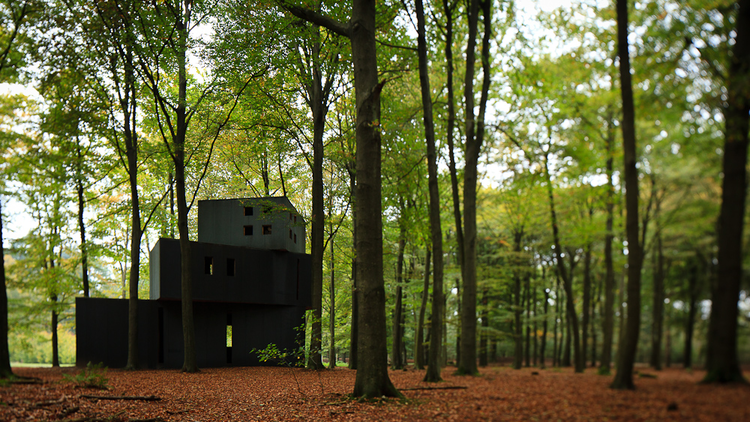 Text description provided by the architects. Architectural photographer Pedro Kok shared with us a work of art in the sculpture garden of the Kröller-Müller Museum, by Dutch artist Pjotr Müller (1947): House of Dr. Jung (2004-2006). In its collection, the museum has several works of art by Müller, chiefly works on paper. In 1987, Müller also made the work To Noumenon in the sculpture garden, which like House of Dr. Jung was a temporary acquisition designed to decay in a natural manner.

The House of Dr. Jung consists of three rectangular stacked “boxes” made of scrap wood, which together form a house. The building consists of three floors - a basement, a storey above it and an attic at the upper level - and was constructed according to the maxim Omne trinum perfectum (every perfect thing is threefold). In his drawings for the house, Müller made use of the proportions and unit system of the architect R. M. Schindler (1887-1953). This Austrian-born architect worked with the famed Frank Lloyd Wright in the United States, and is particularly known for the Lovell Beach House in Los Angeles and King’s Road House in West-Hollywood.

On display in The House of Dr. Jung are five plaster sculptures, also made by Müller. The sculptures demonstrate Müller’s interest in classical mythology. Plaster fragments of images of God and attributes such as stools, Thonet chairs and an umbrella serve as artistic elements. Müller: “I wished to depict several archetypal references to religious and mythological messengers, you may interpret the rest as you please”.

A commentary on photographing 'House of Dr. Jung', by Pedro Kok

The photographs of House of Dr. Jung are the result of a non-assignment, a free approach upon a subject in which the photographer works without clients or commissions. I call it "photoarchitecturism", where one can choose to abide or reject certain rules, proven and accepted strategies, of architectural photography.

Here, the images talk about the moment of first discovery of the building, and my personal reaction of being confronted with an unknown structure. The early-autumn surroundings were reduced to a pulp of colors and light, and my eyes could only focus on the bizarre building that lied across the woodland. There's a non-confronting situation of looking at – and photographing – a piece that is both art and architecture. I was not interested in telling how it was conceived or built, what materials were used or what the author's intentions were; only what it felt like to gaze at it.

The often abused optical tilt effect, which throws parts of the image to a blurry out-of-focus, was used to recreate and represent this moment of discovery: a destabilization of the green and yellow forrest surroundings and focus on the structure. I rarely use the tilt effect in my photography, but here I felt it was essential in creating this narrative. As the viewer gets closer to the building the effect is reduced, until it ceases entirely within the interior. Inside, there's only harsh contrasts and claustrophobic spaces occupied by sculptures. Surfaces are tinted brown by whatever light bounces on the wooden walls, and the colorful outside, framed by unreachable windows, is overruled by the intense light.

Still, to the purists and the curious, I've included a more orthodox photograph that has human figures for scale reference, and is geometrically and optically "correct". It's my safeguard. 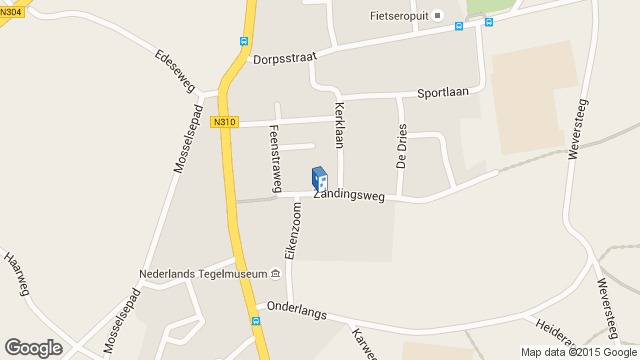