CBack in 2006, the team of Mecanoo and Ayesa placed first in an international competition with its winning proposal for a perforated courthouse in Córdoba, combining the area’s historical character with a modern twist. Now, after almost a decade, the Palace of Justice is set for completion later this year, having broken ground in 2015.

Inspired by Córdoba’s Moorish origins, the design balances a contemporary concrete mass with traditional exterior courtyard spaces; a reflection of the plan of the old city. These are faced by colored ceramic tiles, which break the façade’s uniformity. 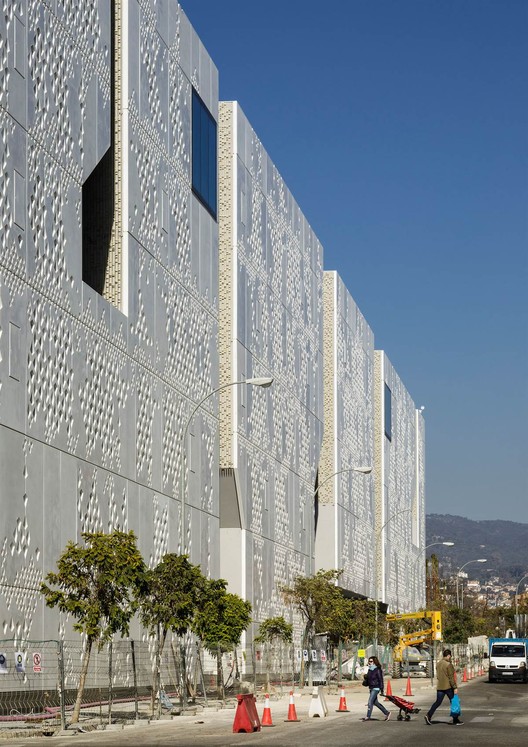 Programmatically, the courthouse creates ascending levels of privacy, with the open ground floor accommodating public courtrooms, marriage registry, and a restaurant. Below this level reside the archives and the jail cells, while high-security offices occupy the uppermost floors.

According to Mecanoo, the Palace of Justice will be completed mid-2017. In addition to these new images of the project, check out this intriguing video that offers a glimpse into the construction progress behind the courthouse.

Correction: This article has been updated to include Ayesa as co-designers on the project.