The Leadenhall Building, designed by Rogers Stirk Harbour + Partners, has been sold to a Chinese property magnate for a price of £1.15 billion, in what has become the second-biggest sale of a UK building in history, as well as one of China’s largest acquisitions of UK real estate. The transaction involved developer British Land and its partner Oxford Properties, who sold the tower to CC Land, a Hong Kong based company. 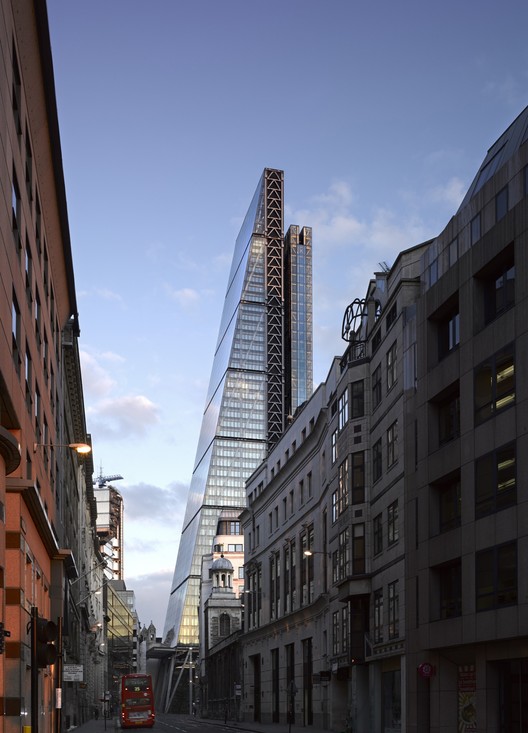 Colloquially known as “The Cheesegrater” for its unusual wedge-like form, the 224-meter tall building was completed by Roger Stirk Harbour + Partners in 2014. The tapering design captures and preserves views of St. Paul’s Cathedral, capitalizing on the proximity of its location to the iconic landmark.

London’s Square Mile has been home to a recent crop of new skyscrapers, such as 20 Fenchurch Street, nicknamed the “Walkie Talkie”. At 52 stories, however, The Cheesegrater remains the second tallest in the financial district, while also breaking rent records for the City of London after its four-year construction period.

The sale is bested only by the sale of Canary Wharf’s HSBC Tower to Qatar’s sovereign wealth fund, for a value of £1.18 billion, which remains the biggest sale of a single UK building to date. CC Land also recently acquired Vodafone’s Paddington Headquarters for £290 million, continuing foreign interest in the UK markets given a weakened British pound in light of Brexit.

While contracts have been exchanged between the parties involved, the sale awaits approval by CC Land’s shareholders.

News via: The Guardian.