London-based architecture collective Assemble is set to transform an outdoor courtyard at A/D/O in Brooklyn into a ‘model factory’ to explore utopian ideals of work. The Turner Prize-winning architects will use their first site-specific installation in the U.S. entitled ‘A Factory As It Might Be’ to depict a vision of how society should build and function using abundant, malleable materials. 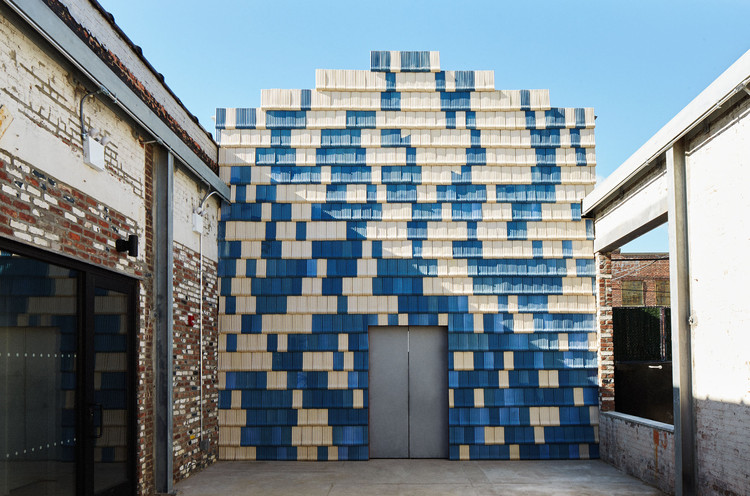 ‘A Factory As It Might Be’ will operate from February to April 2017 at A/D/O’s 23,000 square-foot-space in Greenpoint, Brooklyn, a space allowing the public to work, explore, and participate in design exhibitions and events. Assemble’s installation forms part of the inaugural Design Academy at A/D/O, themed ‘Utopia vs. Dystopia: Designing Our Imagined Futures.’ The installation’s name was inspired by the title of an iconic essay by social activist William Morris, who imagined a factory where work, leisure, and education can interplay in an environment jointly operated by humans and machines.

Assemble’s installation centers on a ‘factory’ constructed from galvanized steel. Clay tiles to clad the factory will be steadily manufactured by a team within the building using a single industrial clay extruder and an electric kiln. Assemble has instructed the A/D/O Design Academy and its collaborators in the tile manufacturing process, enabling them to produce additional items such as planters and tiles for the A/D/O courtyard, and dinnerware for their restaurant. Over the course of its operation, ‘A Factory As It Might Be’ will see worktables and shelving added, further expanding the factory’s ability to produce objects, host events, and display pieces of work.

With ‘A Factory As It Might Be’, we are interested in how utopian ideas can be applied to the very practical reality of construction, and how building elements – and their method of production – can become an expression of social, economic and political aspirations – Lewis Jones, founding member of Assemble. 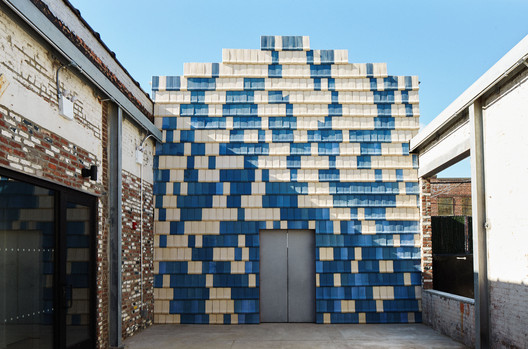