Save
Studioshaw's Competition-Winning Interactive Hub for Dundee
Share
Or
Copy

London-based firm Studioshaw has won a competition to design a hub facility for children and young people in Dundee, Scotland. The Interactive Hub will be located on the site of a former railway depot at the Seabraes Yards Digital Media Park. The competition, hosted by the Dundee Institute of Architects (DIA) and Scottish Enterprise, was one of 400 events taking place across Scotland as part of the RIAS 2016 Festival of Architecture. 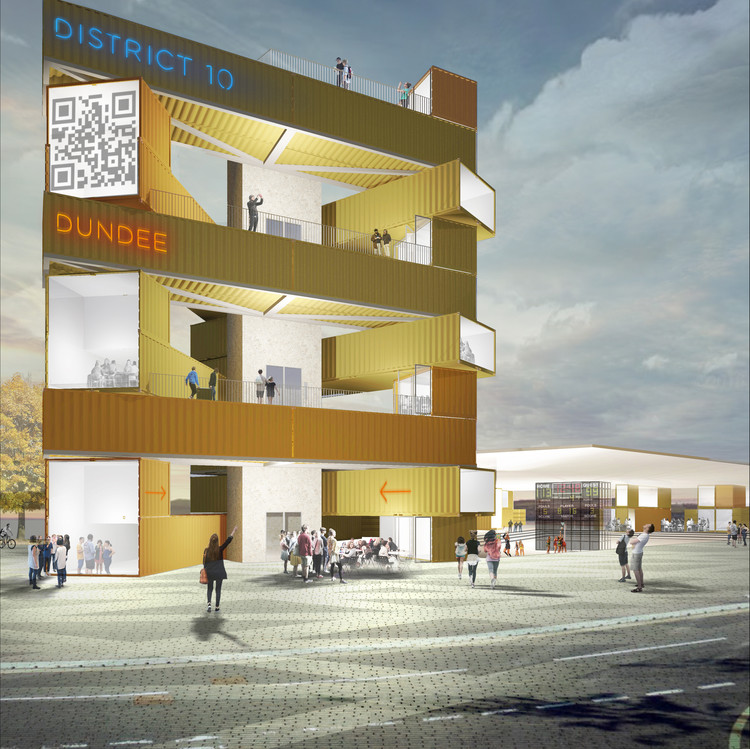 Studioshaw’s Interactive Hub will form part of a larger masterplan to regenerate the Seabraes Yards area, including Richard Murphy’s Dundee Contemporary Arts Centre and Kengo Kuma’s V&A Dundee. The Hub will act as a mixed-use development responding to the city’s thriving creative industries sector, creating a dynamic space to host activities such as drone racing and outdoor digital theater.

The judging panel were impressed by the level of consideration given towards integration with the city’s established creative hubs. Studioshaw’s proposal also recognized the way the site could be enhanced when related to adjacent proposed and competed architecture by continuing a plug and play approach to development. The architect's hybrid solution of 'pod' built pavilion and delicately balanced gathering space was considered strong, industrial and without compromise – Ged Young, DIA Chapter Festival Events Coordinator.