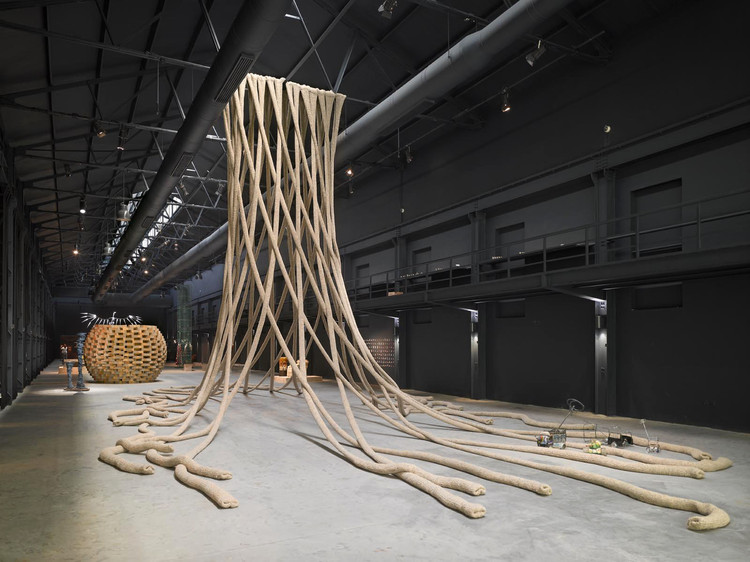 During the inaugural Amman Design Week in September 2016, the Entrelac garment was hung from the roof of the Electric Hanger exhibition hall. The installation sought to create a dialogue between digital design and traditional craft. Although designed using computer-simulated physics, Entrelac was realized by hand, with twenty Jordanian women hand-knitting the twenty-eight large strands forming the exhibit.

The craftswomen from all regions of Jordan carefully and skillfully knitted each strand in their homes and workshops, a production network which permitted easy installation of the final exhibit. When the design festival concluded, both Kassisieh and the Amman Design Week team committed to cutting and stitching wool from Entrelac into blankets, which were later distributed to Syrian refugees and Jordanian families.

This small act proves that humanity exists as a chain of relationships; someone had an idea, called some friends, momentum was built, and Amman Design Week was launched. Someone else had an idea to weave the yarn of Entrelac into a global story that ended in a gesture of humanitarian assistance – NADAAA.

In a brutal war which has seen hundreds of thousands of deaths, millions of displacements, and the destruction of priceless pieces of architecture, this subtle gesture of solidarity from the design community is both humbling and inspiring.