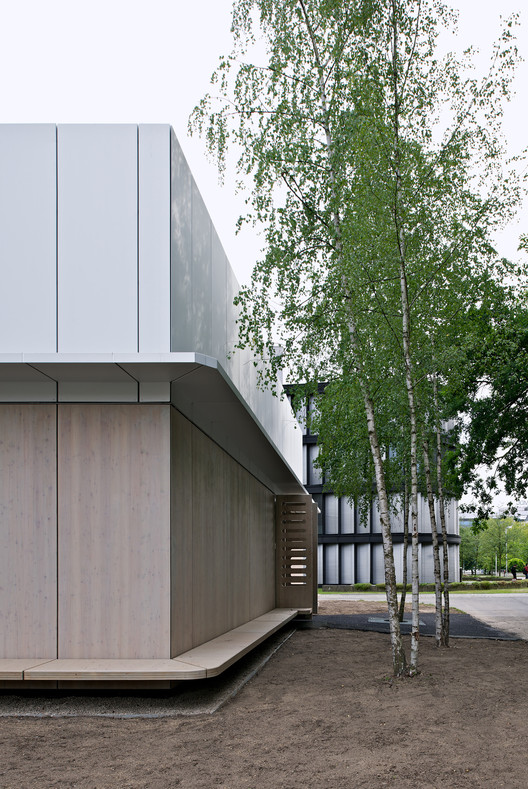 Text description provided by the architects. The new research building for the Max Delbrück Centre is situated at the Campus Berlin-Buch. It accommodates an automated cold storage for biological samples, the associated technical facilities and administrative offices plus ancillary rooms. All of these functions are contained within a compact building volume. The development is aligned along a historic central axis in the former Berlin-Buch parish cemetery while spatially interpreting the layout and orientation of existing larger and smaller laboratory buildings. The location, configuration and accessibility of the new building allow for its expansion in two directions at a later stage.

The technical space contains the computer-controlled store with a cold storage cell that is independent from the building. It contains a maximum of five cooling tanks filled with liquid nitrogen that have an interior temperature of -20°C and which can each store approximately 1.3 million samples over a period of 30 years. Before the sample sets are stored they are unpacked, documented and temporarily kept in the space surrounding the cold store. The Biobank's administrative areas contain offices with up to five workstations.

The building is mostly single-storey but divides into a higher area for the cooling tanks and a lower interior space. This configuration resulted in the technical installations being placed on the roof. A liquid nitrogen tank which can be refilled from the outside is integrated into the Biobank's building volume. 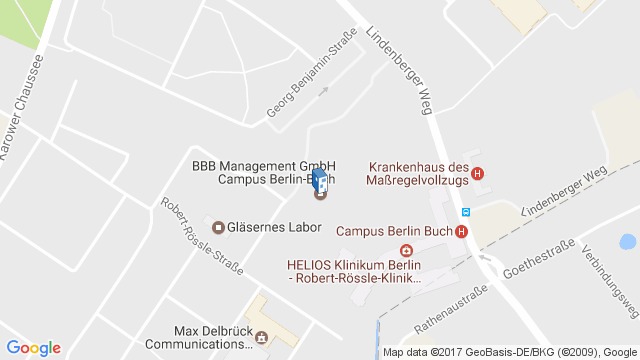