The SOCKEEL + OLGGA consortium have won a competition to design the new Tribut Stadium in Dunkirk, France. The historic stadium, in a prominent location on a canal bank in central Dunkirk, will be transformed into a 5,000 seat stadium seeking to maximize inclusiveness and accessibility. 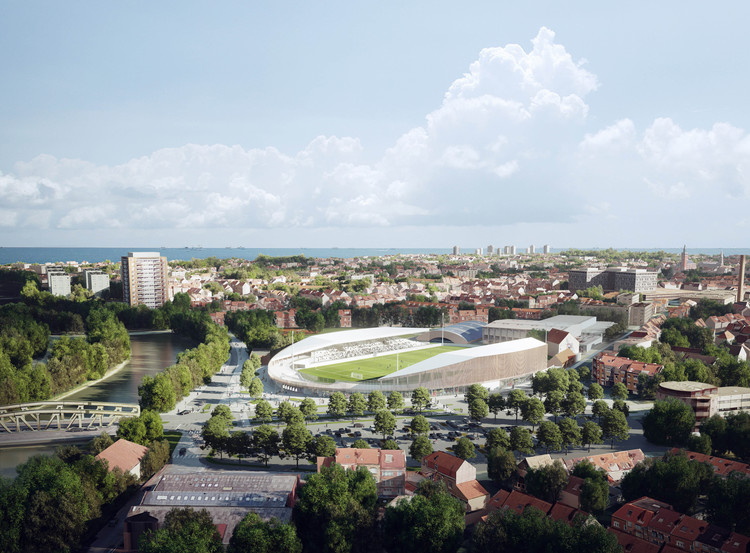 The proposed scheme adopts a simple elliptical form, with a profile gently sloping towards the canal. A timber lattice ‘mask’ façade envelopes the stadium, acting as the unifying element across the large footprint. The façade animates the surrounding streets, with the lattice’s transparency revealing activity within the stadium, whilst a second skin shields spectators from prevailing winds and rain.

We propose an urban stadium which, with its light structure and its animated façade, will integrate perfectly to the city center and give access to the greatest number - SOCKEEL + OLGGA.

The design team values the importance of public space and accessibility in the ‘city stadium.' A large plaza forms a link between the canal and stadium entrance, with its concrete surface animated by large circular steel plates and blocks of planting. Spectators entering via the concourse are directed towards the north and south stands. The stands are linked at the upper levels by a wide peripheral walkway, creating more space for public interaction, and offering views across the city of Dunkirk. 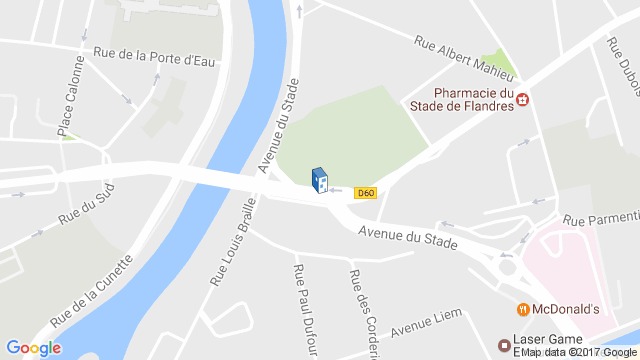