Save
de Architekten Cie. and FELIXX's Competition-Winning Transformation of Chelyabinsk
Share
Or
Copy

Dutch firm de Architekten Cie, in collaboration with Felixx Landscape Architects and Planners, has won an international competition to transform the historic Russian city of Chelyabinsk. The winning masterplan, chosen by the City Administration of Chelyabinsk from five proposals, seeks to activate the city’s existing grid structure and to use it as a vehicle for spatial transformation. 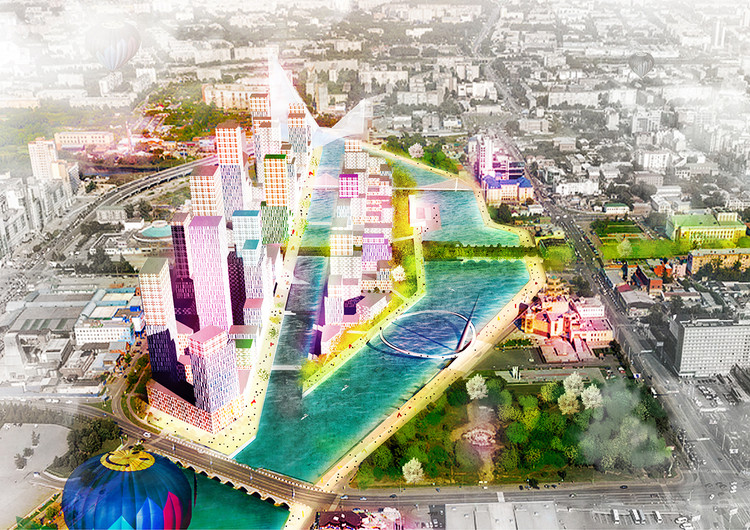 Similar to many medium-sized Russian towns, Chelyabinsk has been a victim of urban migration, with younger generations moving from the remote industrial town to urban hubs such as Moscow and St. Petersburg. To reinvigorate the town’s appeal, de Architekten Cie. and Felixx propose an upgrade of the existing urban environment, generating interest from young inhabitants in a new, versatile economy.

Using Chelyabinsk’s historic grid structure, the team has made three strategic moves to empower the city. Firstly, the streets forming the urban grid will be upgraded to integrate environmental infrastructure and public transport. Secondly, deteriorated blocks within the grid will be gradually redeveloped, with residential functions relocated to the heart of the city. Finally, key projects will revitalize important urban areas within the city, such as the redevelopment of the Miass riverfront.

Sheer developing another plan for Chelyabinsk as a post-industrial town does not solve the problem: the industry is the reason of existence of the city. Therefore the plan shifts the focus from ‘to be removed industries’, towards the city as a breeding ground for social capital. - Felixx