Save
Considering the Airport Terminal of Tomorrow
Presented by: 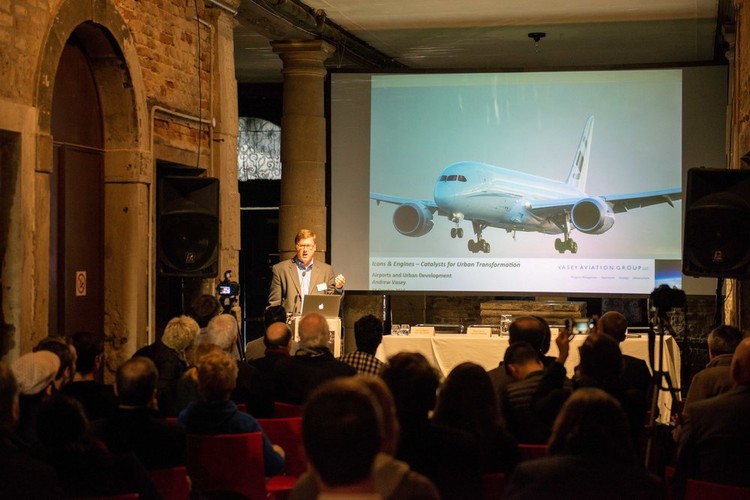 Airports and the aviation industry are at the frontline of global demographic shifts, acting as economic engines and cultural icons. Despite being among the youngest of building typologies, airports are taking the lead as intricately-designed, highly frequented and resource-intensive structures that define how we travel, trade and connect with each other.

We are all familiar with current terminal paradigms, from Arrivals to Departures and all of the complex spatial gymnastics in between. What do advances in technology and contemporary demands on air travel infrastructure mean for the terminals of the future - and how do past projects inform current trajectories?

The 21st century has seen an increase in high-profile terminals that act as economic engines and emblematic portals for cities. In an era of global competition between cities – in addition to nations – superior airports have a significant influence. Development –and redevelopment– play a critical role defining the urban and even regional dynamics beyond the airport. How can a single building have cultural, economic and political implications?

Getting to Departures: User Experience

Architecture facilitates the intricate transition between airspace and passengers’ much-anticipated destinations. Moving through time and space in airport terminals is still often perceived as more of an obstacle than an enjoyable experience. As interaction with terminal infrastructure increases in frequency and engagement, airports can offer travellers choices to relieve the stress of travel. How should architects balance functional design, digital interfaces, place specificity and comfort to heighten user experiences across the board?

Landing in the World of Tomorrow

A bit of speculation is essential when we consider the future of airports. Trends and demographic shifts may help forecast the future of air travel and infrastructure. If change is constant on all are fronts, what are the critical considerations when projecting future scenarios? How will architecture adapt to transformations in the aviation industry and the culture of global travel over the next century?