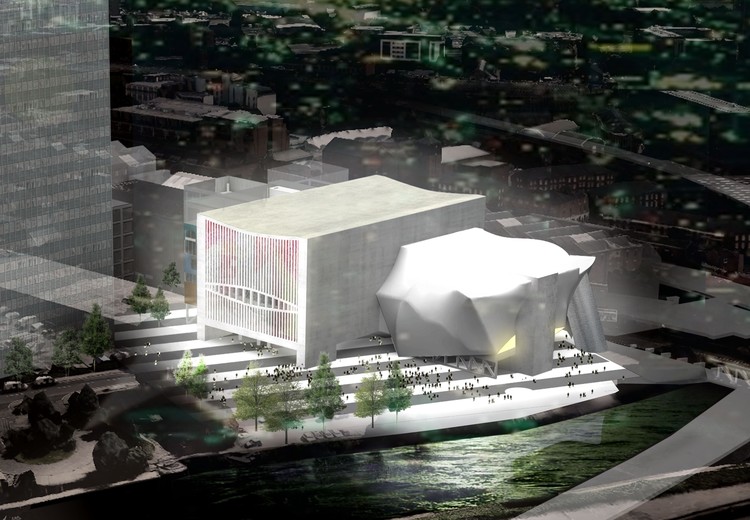 OMA was selected for the project following an international competition in 2015, beating out proposals from firms including Rafael Viñoly Architects, Diller Scofidio + Renfro, Zaha Hadid Architects and Mecanoo. The project is being led by partners Ellen van Loon and Rem Koolhaas.

“Much of my professional life has been spent undoing limitations of the traditional typologies,” said van Loon. “From classical opera and ballet to large scale performances and experimental productions, Factory in Manchester provides the perfect opportunity to create the ultimate versatile space in which art, theatre and music come together: a platform for a new cultural scene.”

The £110 million venue will be located in the new St. John’s neighborhood of Manchester on the site of the former Granada TV Studios, and will be developed in partnership with developer Allied London. Economic impact of the project is estimated to create almost 1,500 full-time jobs and add £1.1 billion to the city’s economy in a 10-year period.

Construction is scheduled to begin in Spring of 2017.

OMA Selected to Design Manchester's 'Factory', Their First Public Project in the UK 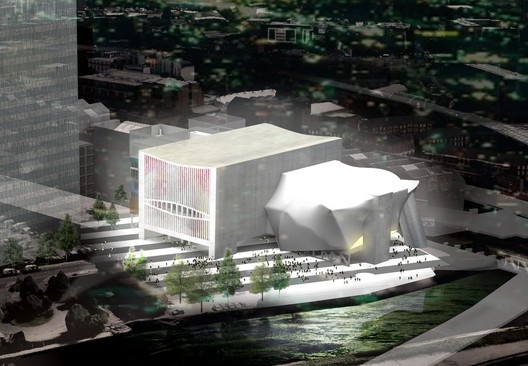