Save
14 Short Stories About Architects, Attitudes and Odd Architectural Anecdotes
Share
Or
Copy

A new collection of five minute-long On Design stories—developed by the team behind Section D, Monocle 24's 24's weekly review of design, architecture and craft—profile a person, survey a place, or unpack an idea that’s changing or shaping design and architecture today. We've selected fourteen of our favorites from the ongoing series, examining issues as wide as Postmodernism and the architectural competition, to five-minute profiles of Alvaro Siza, Josef Hoffman, Kengo Kuma and Superstudio.

What is Postmodern architecture?

In this debut episode, James Taylor-Foster introduces us to the meaning and importance of Postmodernism in architecture.

What is Googie architecture?

Ed Stocker takes us on a tour of Southern California to discover an intriguing offshoot of Modernist architecture known as Googie.

Who is Josef Hoffman?

Alexei Korolyov explains the life, work and continuing relevance of Josef Hoffmann – a Czech-born designer and architect whose influence on Viennese design can still be felt today.

What happened to Buffalo, New York?

Once a powerhouse of trade and commerce, Buffalo’s architectural importance well outweighs its renown. Josh Fehnert takes us on a tour of the rust-belt city that’s finally regaining its shine.

Who is Kengo Kuma?

Fiona Wilson takes us through the life and work of Japanese architect Kengo Kuma, who through his buildings and writings has reinterpreted traditional Japanese architecture for the 21st Century. We explore the career of the man charged with the construction of the hotly contested Olympic Stadium for the Tokyo 2020 Olympics.

What did the German architect say to the Turkish one?

This episode dives into the long-standing (if at times strained) relationship between Germany and Turkey. We see how some Turkish homes still bear the mark of visiting German guest workers and learn what this says about the two countries today.

Why have architecture competitions?

Many of the world’s most important buildings are the result of architecture competitions. But those same events are often politically fraught – and critics say they’re a waste architects’ time and energy. So is the competition really the best mechanism for commissioning building designs?

To build or not to build?

Most architects influence their discipline by completing iconic projects but others, such as Superstudio, make their mark despite leaving no building behind. We meet the 1960s avant-garde Italian collective that made architectural history working with utopias and not bricks.

Who is Alvaro Siza?

We explore the life and career of Portuguese architect Alvaro Siza. During six decades of work Siza’s style has come to encompass the optimism of the post-Salazar years and speaks volumes about Portugal’s soft-power pull today.

Will Madrid’s next big museum ever open?

If Madrileños needed any further reminder of the political stalemate paralysing their country, a beautifully designed but conspicuously incomplete construction project next to the Royal Palace stands out as a searing symbol of the impasse.

What can Singapore learn from the Golden Mile Complex?

The shabby brutalism of Singapore’s Golden Mile Complex and adjoining Golden Mile Tower doesn’t fit with the city’s squeaky-clean, glass-and-steel vernacular. We ask how the pair have survived in a place that’s famously unsentimental about demolishing the old to make way for the new.

The Serbian capital’s street-level design is a cacophony of clashing elements but one man is waging war against this discord, vowing to bring aesthetic harmony to the city. Will he succeed?

How has Vienna benchmarked public seating?

Alexei Korolyov tells the story of a piece of street furniture that’s become a contemporary design symbol of the Austrian capital.

What is mafia baroque architecture?

After Bulgaria’s first elections were held in 1990, the free market rushed in to fill the economic vacuum left by the fall of communism. On one side there arose a new class of oligarchs and on the other, against a backdrop of economic failure, the notorious organised crime sector of 1990s Bulgaria. These newly moneyed people, many of whom were involved or connected to the construction industry, needed somewhere to live, work and play. The havoc of building that followed threw up a chaotic architectural vernacular that some call “mafia baroque”.

You can see a curated collection of Monocle 24's architecture-related podcasts on ArchDaily, here. 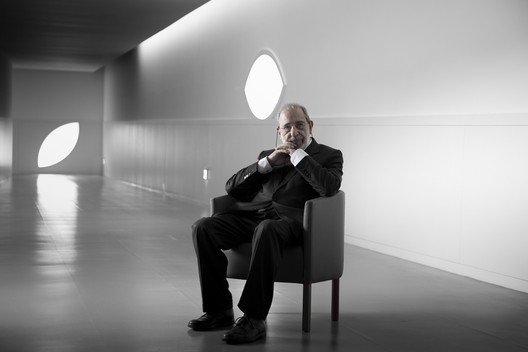